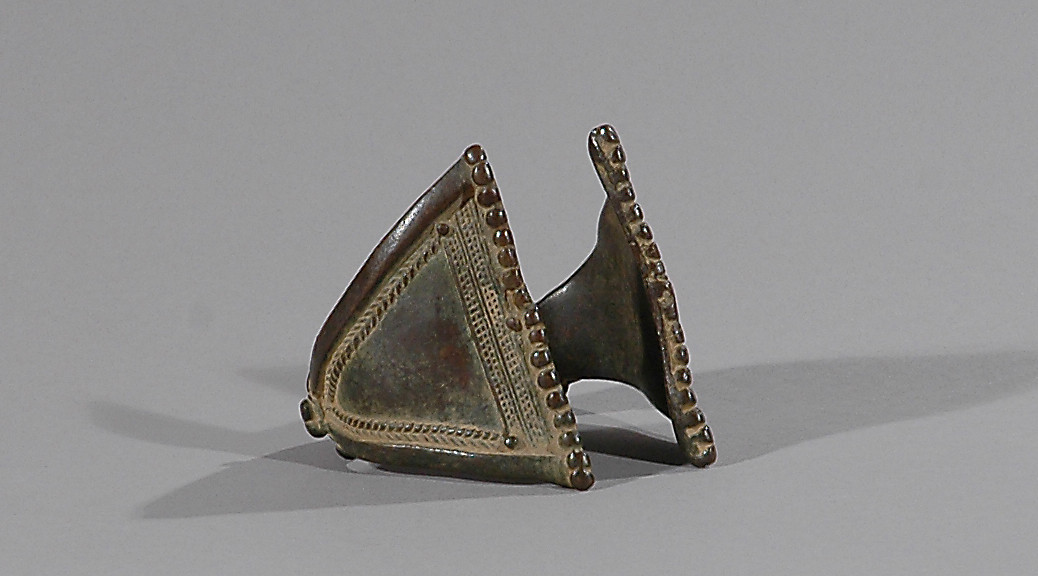 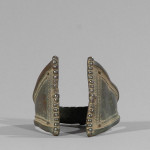 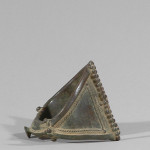 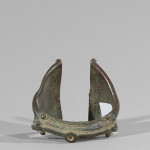 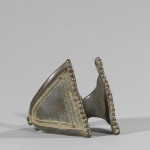 Gurunsi (or Grunshi) Bronze Bracelet from the Kingdom of Dagbon, northern Ghana and southern Burkina Faso

This elegant bracelet is most likely from the Gurunsi (or Grunshi) people, an ethnic group inhabiting in the cultural region of the Kingdom of Dagbon northern Ghana, and southern Burkina Faso.

Gurunsi is a collective term, which includes Gurensi, Kasena, Lyele, Nuna, Nunuma, Sisala, and Winiama. These ethnicities speak dialects of the Gur language, and it was the Mossi who gave the Gurunsi name to the tribes who live in the west and south of the Mossi plateau. Together they number about 200,000 people, the most numerous of which are the Nuna, estimated at 100,000. The Gurunsi live in a region where the tsetse fly, carrier of sleeping sickness fatal to domestic animals, is rampant. As farmers, the Gurunsi adopted the slash-and-burn system of cultivation. During the dry season they also organize large collective fishing expeditions and hunt. The people believe in a creator god, Yi, who withdrew from humankind after the Creation; in the center of the village a shrine is dedicated to him. Moreover, each clan shelters magic objects in a hut – these allow them to communicate with the vital forces of nature.