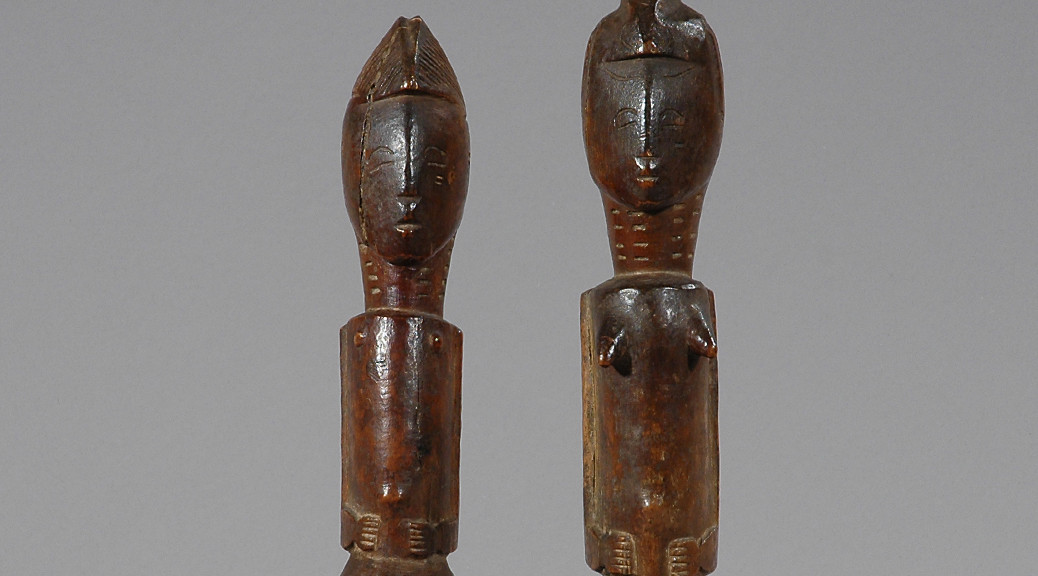 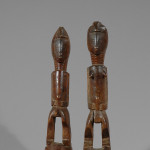 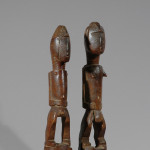 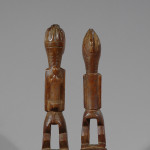 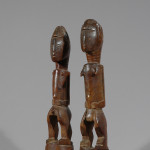 This charming ancestor couple originates from the collection of the lord mayor of Tagana near Yamoussoukro in Central Ivory Coast and is collected in situ in the 1970´s for a water pump for the city.

It is a stately couple. He with an erect and proud expression. Note his hairstyle and the tattoos on his neck and the slightly bent legs in cubist style. She with her loincloth and her little baby who clings onto her back.

The figure’s shape of the faces, eyebrows, hair style, tattoos and the loincloth of the female figure, indicate that these figures belong to the Baule tribe. The well-preserved and fine, glossy patina testifies to a considerable age.