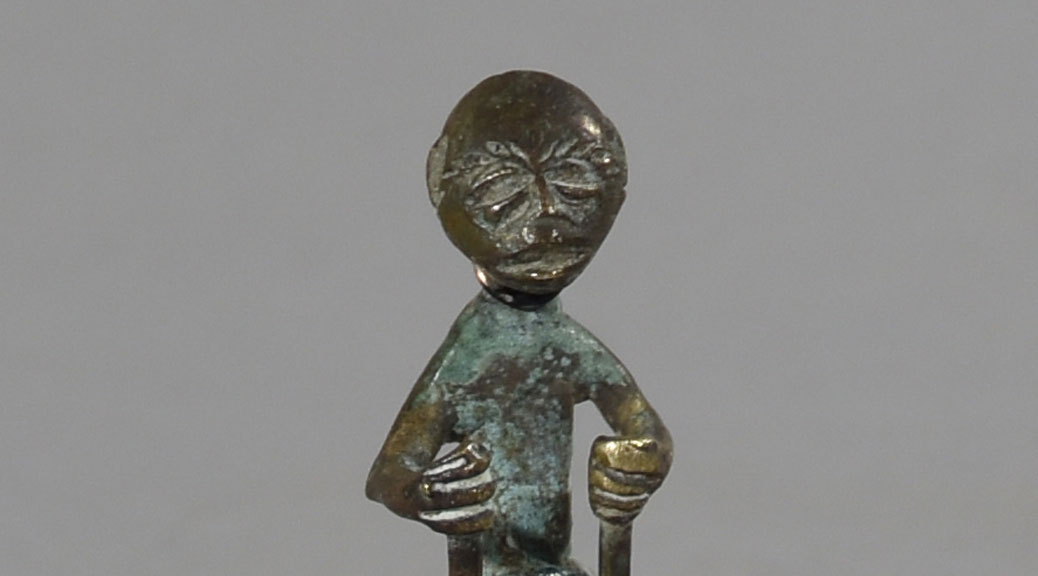 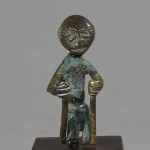 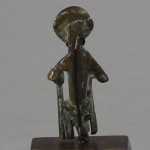 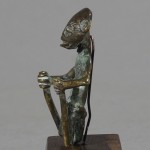 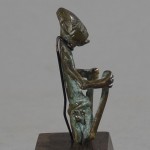 This small, unique male bronze figure was used for measuring gold and was made using a technique called lost wax casting (in French cire perdue). Lost wax casting is the process by which a metal sculpture is cast from a wax sculpture. The oldest known examples of this technique are the objects discovered in the Cave of the Treasure (Nahal Mishmar) hoard in southern Israel, which belong to the Chalcolithic period (4500–3500 BC). The figure is carved in wax and then encapsulated in a clay mold. The mold is then put in an oven or on the fireplace and through small holes, made in the clay, the wax runs out. Replacing the wax the liquid metal is now poured into the mold through the holes, in this case bronze. Finally, the mold is broken. Hence the term waste mould casting or lost-wax casting because the mold is destroyed and the wax lost.

Notice the fine details in the facial expressions, the clothing and the distinctive hairstyle that denote ethnic origin, gender and social status. From the early 18th-century, depictions of Europeans and mounted warriors from the north can be identified from their dress and attributes. A significant proportion of human figure weights is devoted to representing ritual practices including preparing offerings and sacrifices as well as oath-taking, hunting and other everyday activities. This gold-weight may be of the type representing a known individual such as Worosa, the chief of Banda, who was killed during the reign of Asantehene Osei Kwadwo (r. 1764–77).