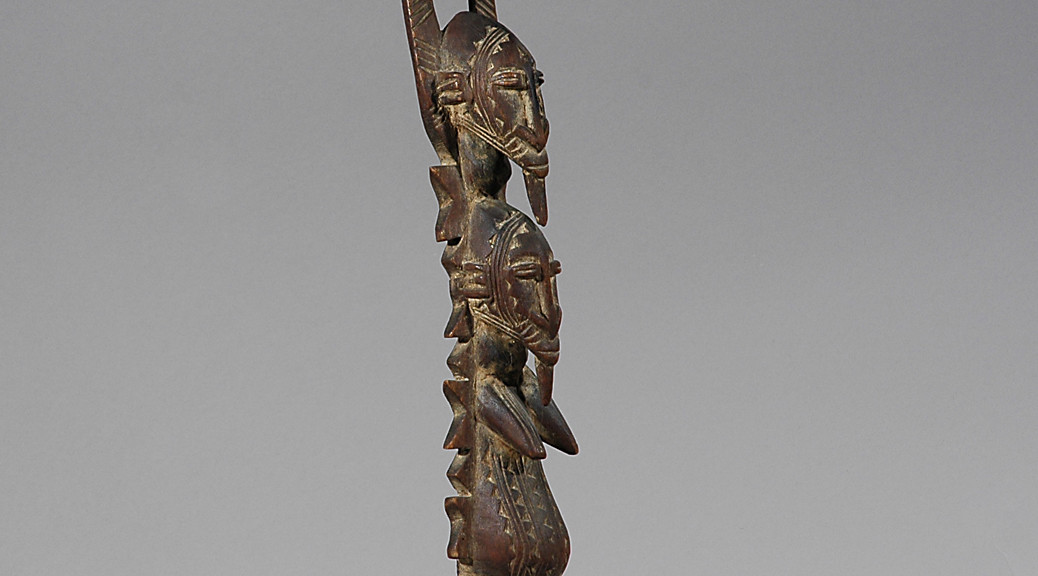 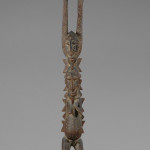 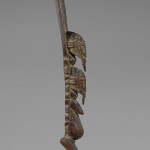 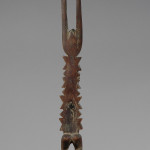 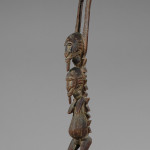 Probably the most mysterious figures today are those of the Tellem. While the Dogon have never considered these ancestor figures, they do regard them as powerful things which the priest use with their own objects to make rain magic.

The Dogon, who fled to the remote cliffs of eastern Mali in the 14th and 15th century to escape conversion by invading Fulani Muslim, have become guardians of the Tellem culture. The woodcarvings only came to light after the Second World War. Some of the angular figures (cubic in style) hold their arms upward — one hand open invoking rain, the other closed as if to stop it. This figure show two men on top of each other raying for rain with a bowl.

These figures are kept in the granaries and the Dogon place sacrificial vessels before them. Other figures exist which combine both Tellem and Dogon characteristics, which, along with the melding style of architecture on the lower cliffs, supports the Dogon assertion that they once lived together with the Tellem.