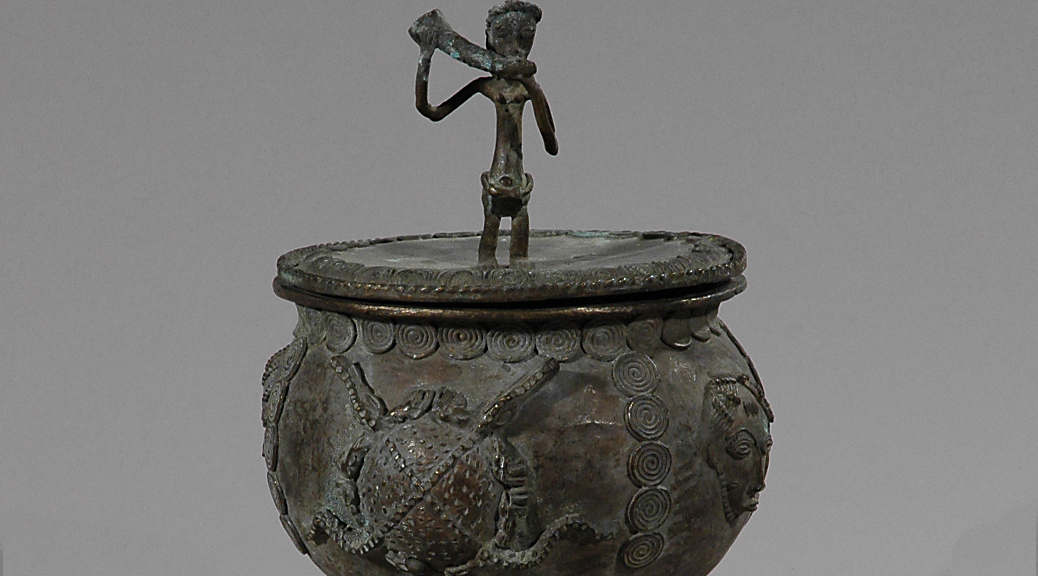 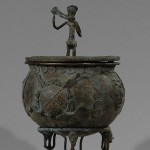 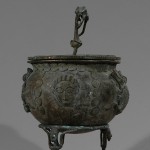 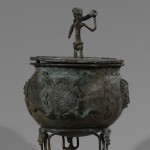 Kuduo were used in many ways by the Asante and Akan peoples. They held gold dust, cowrie shells, and other valuables; but could also be found in important political and ritual contexts. Some kuduo were buried with their owners, while others were kept in the palace shrine rooms that housed the ancestral stools of deceased state leaders. Life and the afterlife, the present and the past, were enhanced and made more meaningful by the presence of these elegant prestige vessels.

This stunning kuduo is a masterpiece of Akan metalwork. The vessel combines the finest features of Akan artistry including the charming depiction of humans and animals derived from their gold weight tradition. The lid is crowned by a man blowing a horn. The spherical body of the vessel has been divided into four segments divided by grid-patterned bands that emerge from the top of the lid. These segments are decorated by representations of turtles (with alternating shell patterns) and humans (mask). The base is embellished by four men figures.

Overall, these adornments probably relate to the rich Akan proverbial folklore. This stunning vessel was created to hold precious objects. However, the kuduo today is no doubt more of a treasure than anything it ever might have once contained.