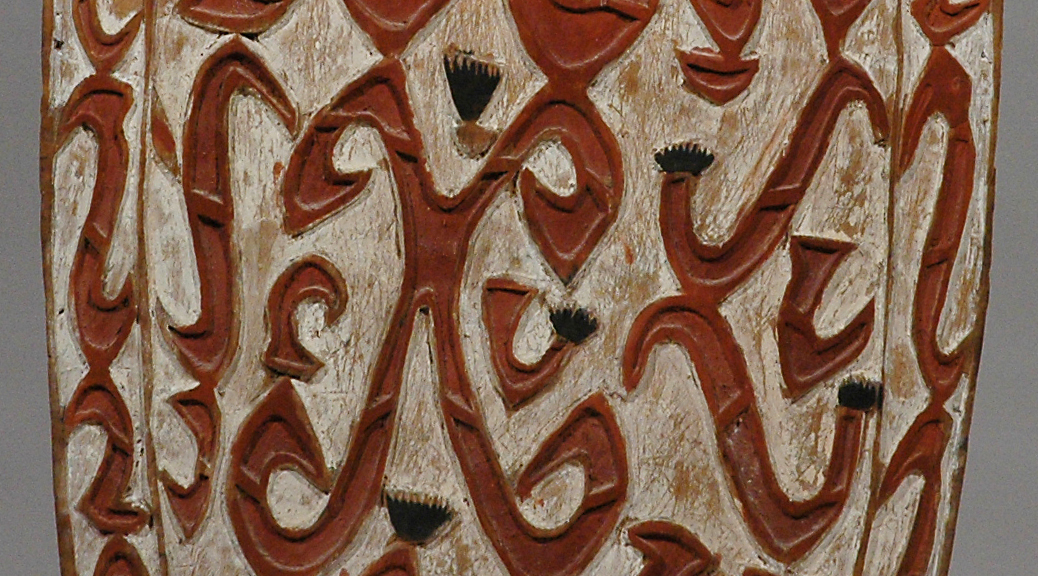 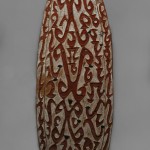 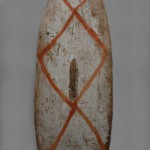 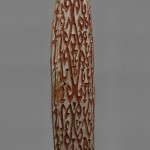 Asmat shields are carved for headhunting rituals, which are organized to arrange the death of ancestors. A shield always represents an ancestor, and is named after him. It makes the owner powerful, fierce and invulnerable. When Asmat warriors are at home, the shields are placed near the entrance door to protect the house from evil spirits. Every region has their own style and motives. This particular one depicts stylized ‘flying foxes’, which are a spieces of very large bats.

Provenance: A Danish explorer collected this Asmat shield during his expedition to Iran Jaya Asmat (Northwest Papua region) in between 1975-1979. And bought it in a small settlement named Anguruk two days’ march through the highland jungle.
There were two shields. The other one belongs to his own private collection