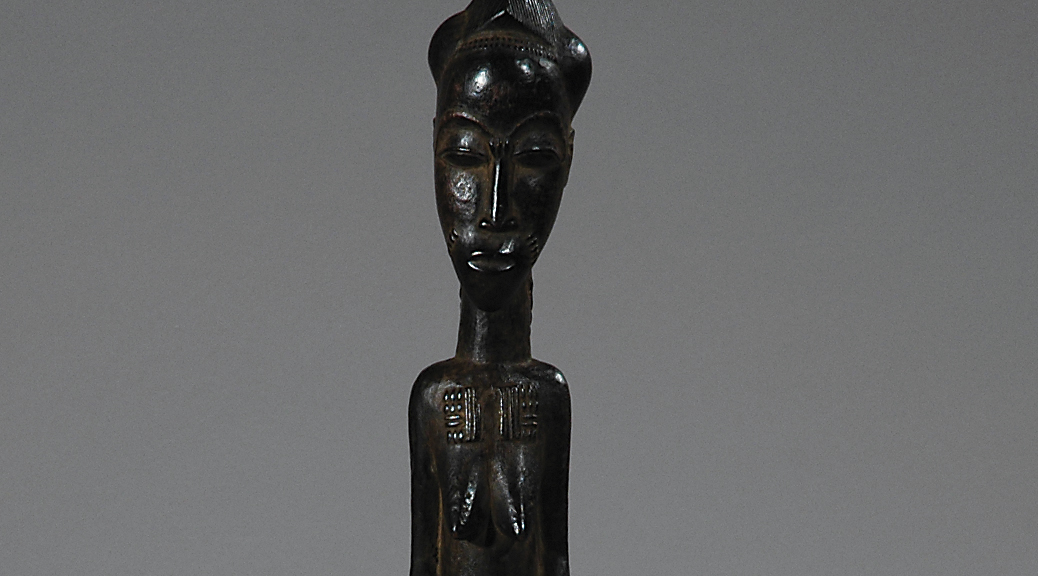 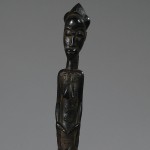 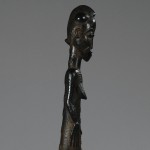 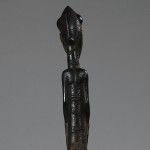 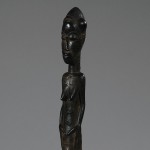 This female ‘blolo bla’ figure displays a well-shaped elongated body, it has the characteristic Baule hairstyle, a typical Baule face with high eyebrows over the outlined eyes, a long, flat nose and a beautiful curved mouth, as well as many distinctive and decorative scarification marks on face, neck, belly and back. Her hands, with long slim fingers reach down to her abdomen with the accentuated navel.

The Baule people in Côte d’Ivoire imagine that any married adult, either male or female, has a ’spiritual spouse’. These invisible spirits live in the afterlife, in the spirit world or in the ’bush’. They are represented as sculptures and usually stored in the owner’s bedroom. Male ‘spiritual spouses’ (for women) are called ‘blolo bian’, the female ‘spiritual spouse’ (for men) is called ‘blolo bla’. It is possible to communicate with them, discuss issues and ask them for advice.

The owner of these figures would describe in detail to the local sculptor what he or she had seen in dreams or visions of their ’spiritual spouse’ and then it would be carved in hard brown wood accordingly.

The Baule is of the Akan peoples. They moved west to the Ivory Coast more than 200 years ago and adopted sculptural and masking traditions from their neighbors, the Guro, Senufo and Yaure peoples.

Age:  First half of the 20th Century.