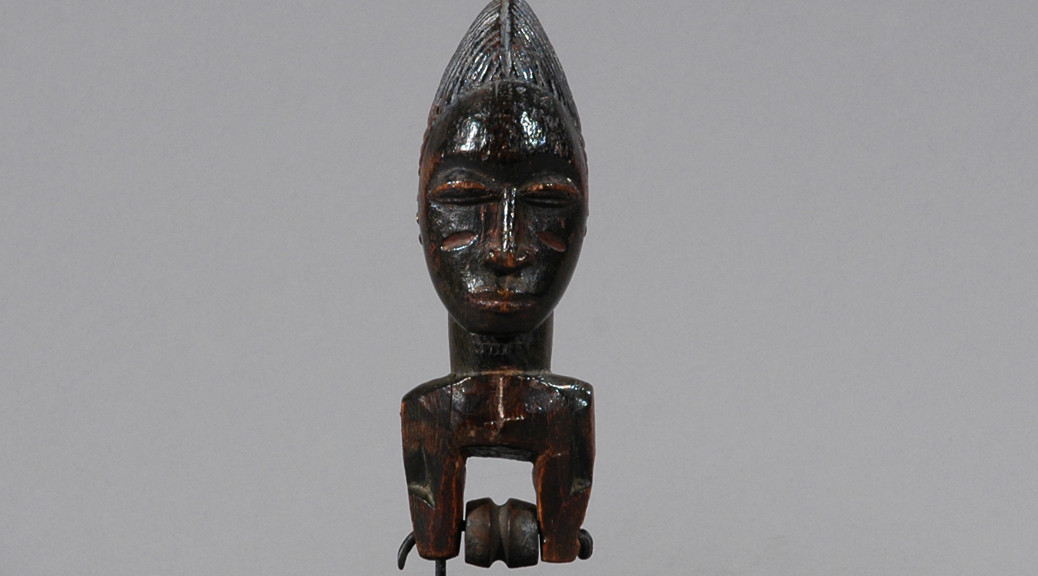 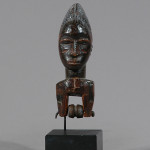 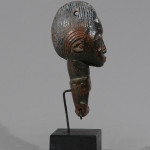 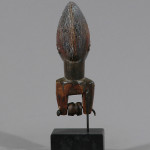 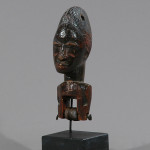 The Baule represent one of the most important tribes of the Ivory Coast and may be the largest ethnic group in the region. The Baule are noted for decorating their everyday objects.
This heddle pulley is decorated with a human figure on top, which adds an aesthetic element to the technical process of weaving.

The weaver who uses traditional methods employs so-called heddle pulleys to guide the cotton thread. They are decorated with motifs taken from the ancestral cult or tribal symbols. However heddle pulleys do not embody ritual meanings.

Heddle pulleys are used in weaving cloth out of native grown cotton and are often sculpted with symbolic imagery. The cord attaching the pulley to the loom was passed through the holes in the head and would be tied to a crossbar of the loom. The roller (generally an old thread spool) over which another cord moved up and downwards was held in place between the two legs of the pulley by a small stick pushed through the center hole of the spool from one leg to the other.