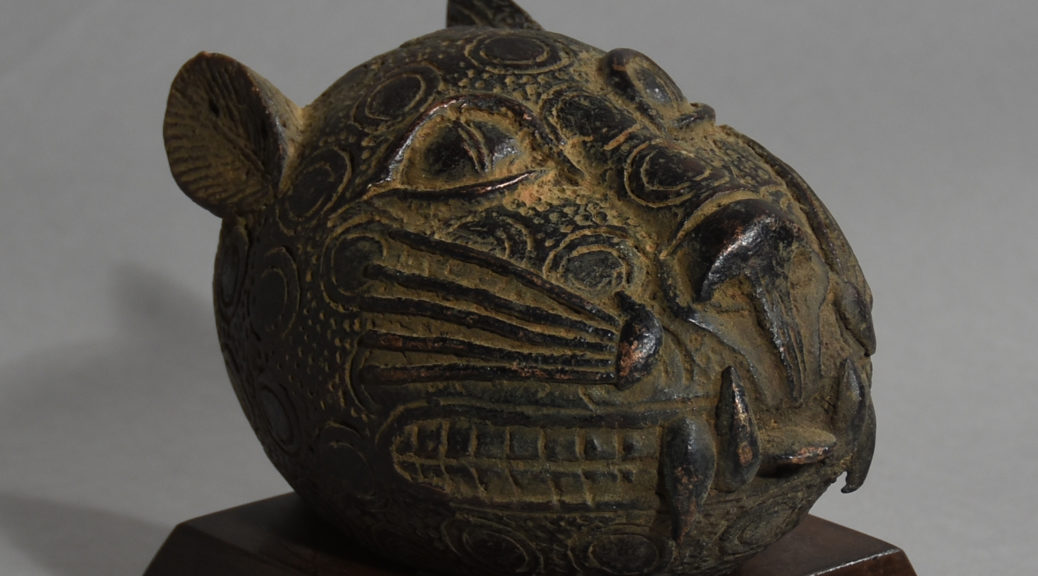 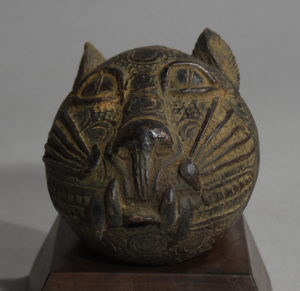 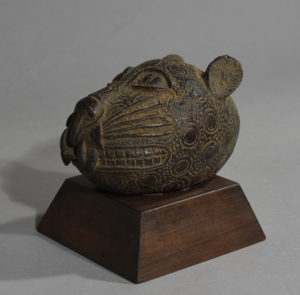 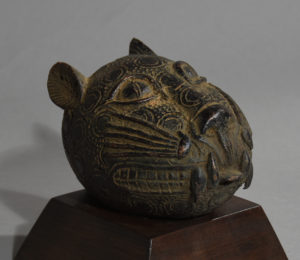 This little bronze leopard head has been used within the Benin Court in part of Benin that belonged to the Edo people.

The leopard symbol is the epitome of all that the royal families stood for. And wherever the royal families live and move, bronze leopards were found in all uses such as status certificates, protections, decorations inside and outside.

The Kingdom of Benin, also known as the Benin Kingdom, was a pre-colonial kingdom in what is now southern Nigeria. It is not to be confused with Benin, the post-colonial nation state. The Kingdom of Benin’s capital was Edo, now known as Benin City in Edo state. The Benin Kingdom was “one of the oldest and most highly developed states in the coastal hinterland of West Africa, dating perhaps to the eleventh century”, until it was annexed by the British Empire in 1897. (But that is another gruesome story).

This figure is unique as there can only be one as it is made by the Lost-wax casting (or cire perdue in French) is the process by which a metal sculpture is cast from a vax sculpture. The oldest known examples of this technique are the objects discovered in the Cave of the Treasure (Nahal Mishmar) hoard in southern Israel, and which belong to the Chalcolithic period (4500–3500 BCE).

Condition: Despite age and extensive use this little leopard head is in good condition and appears beautiful and decorative with its natural, old corroded surface.