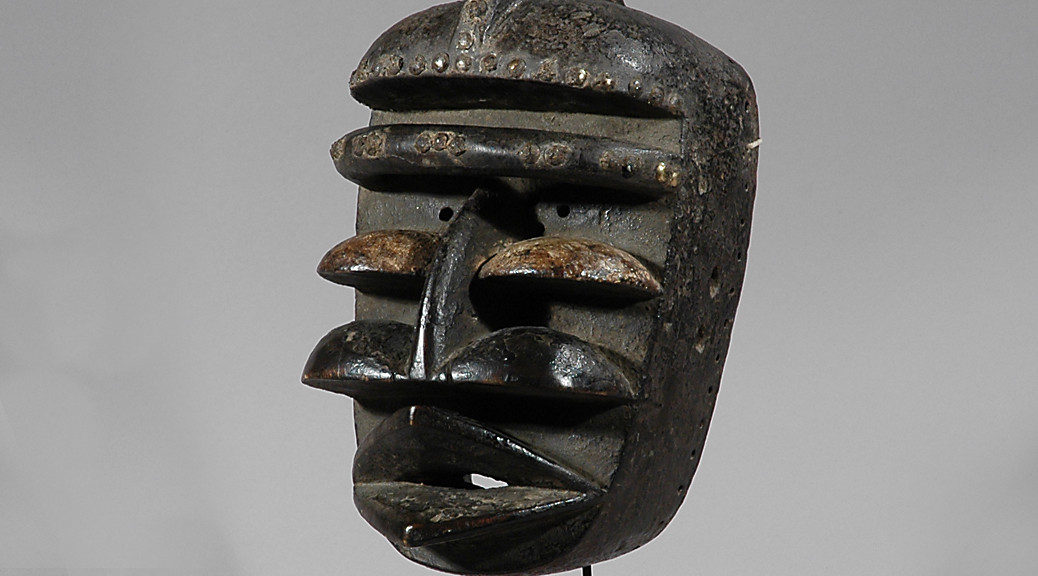 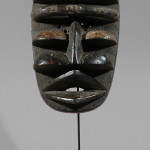 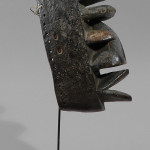 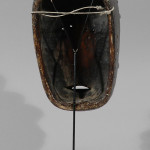 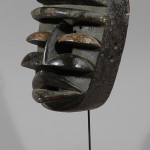 Wood in good condition with an encrusted patina

This is an old Bete Tribe Gre or Nyabwa Mask from South Western Ivory Coast, that is in good condition. Gre masks were worn when peace was restored after a conflict, and also to frighten the enemy before war.

The Bete “Gre” mask has the typical characteristics of masks of this sort: A protruding forehead, large mouth, narrow eyes and protective horn-like protuberances to protect the face.

In earlier days, this mask presided over the ceremony held when peace was restored after armed conflicts and it participated in sessions of customary justice. The mask was also worn to prepare men for war; the masks offered magical protection by instilling fear and terror in potential enemies. Nowadays, it is worn for a variety of ceremonies, including entertainment dances.

The Bete belief system consist of a harmonious relationship between nature, ancestors and the spirit or “unseen” world. This directly influences the masks they produced to physically empower them and offer protection against enemies. The Bete “war” mask were used in ceremonies concerning the preparation of men for engagement in conflict, or in ceremonies to celebrate a victorious outing after war. .

Click here for more information about the Bete people