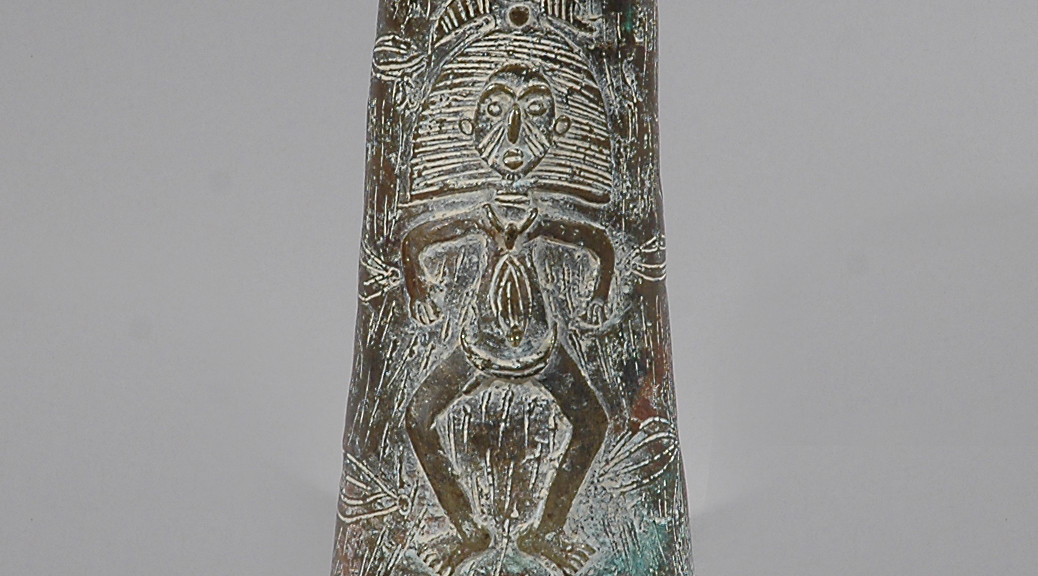 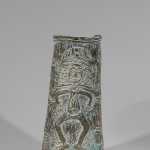 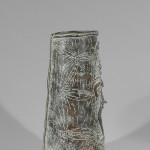 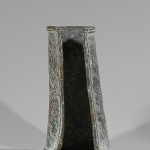 Though often identified as a currency type a bracelet such as this also served as a prestige object available in most instances to elites within Bamun society of Cameroon.

It is an extraordinary example of the skill of the Bamun bronze caster in casting a large metal form with complex design on the outer surface and a smooth interior surface with an open space between both surfaces. This bracelet reflects the tradition of casting in copper-alloys that was encouraged if not developed by Fon Ibrahim Njoya (Fon translates to ruler or king) who lived from 1873 to 1933. It was during the last years of the nineteenth century and the early years of the twentieth century that Fon Njoya in his capital at Foumbam encouraged craft workers including metal workers, carvers, weavers and potters. It was a center for the development of the arts and crafts and the predominance of the casting of copper-alloy objects that include pipes, figures and especially large bracelets. Having learned the craft of lost-wax casting from their neighbors the Tikar (Gebauer 1979:121), the casters and metal workers of Foumbam were successful to the degree that they eclipsed most of the surrounding groups and kingdoms dominating the casting of copper-alloy objects. As Gebauer notes: They mastered the craft, perfected the designing of the wax models, and eliminated the competition in the field. The Bamum casts became and still are excellent examples of lost-wax casting.

Age: Despite the appearance this objects show no evidence of age or use and was probably made to be sold.