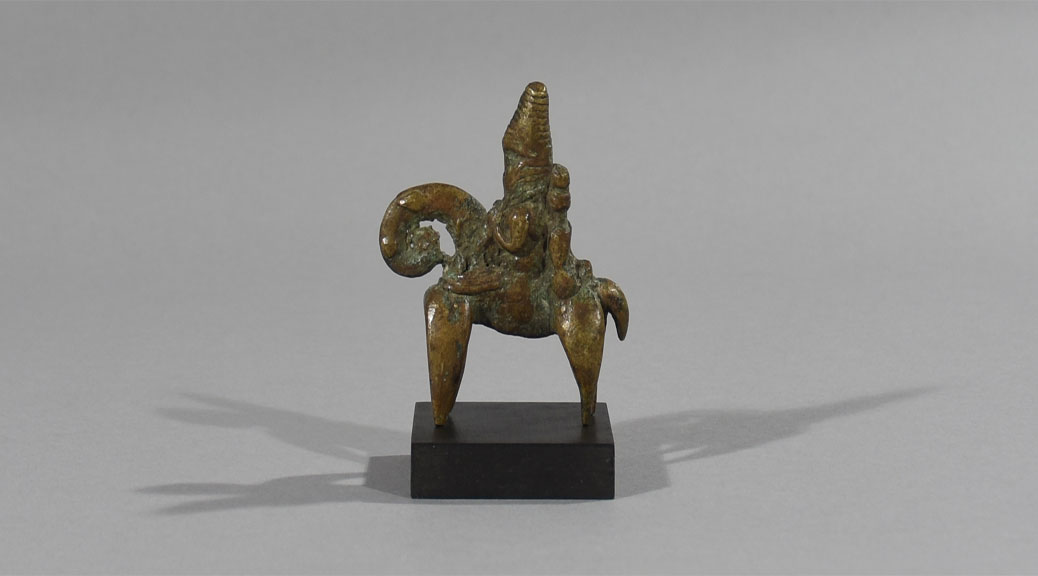 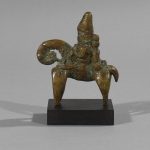 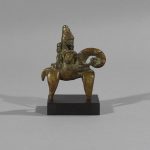 This fine, small abstract bronze figure formed as a horse with two riders found near the Lake Chad basin, along the Logone and Chan rivers has been used by the people of Kotoko as a talisman to protect against illness mental illness in particular.

The form of the animal is clearly abstract, due to the uncertainty about the nature of the animal. The explanation is that in the area of the Kotoko / São people, huge constellations in the form of fossils of dinosaurs existed, believed to possess supernatural powers which they attempted to imitate in these equistrian figures. The first figures found originate from the 2nd century in forms of imaginative horses, camels or elephants.

The Kotoko have their settling area in the northernmost edge of Cameroon and adjacent parts of Nigeria and Tchad and counts around 100.000 people. They are the followers of the Sao Empire who lived near the Lake Chad basin. The ancient kingdom of Sao was located in this area from the 6th century BC to the 16th century AC, ending in the 16th century where it mixed with the conquering Massa and finally were absorbed into the Kotoko people.