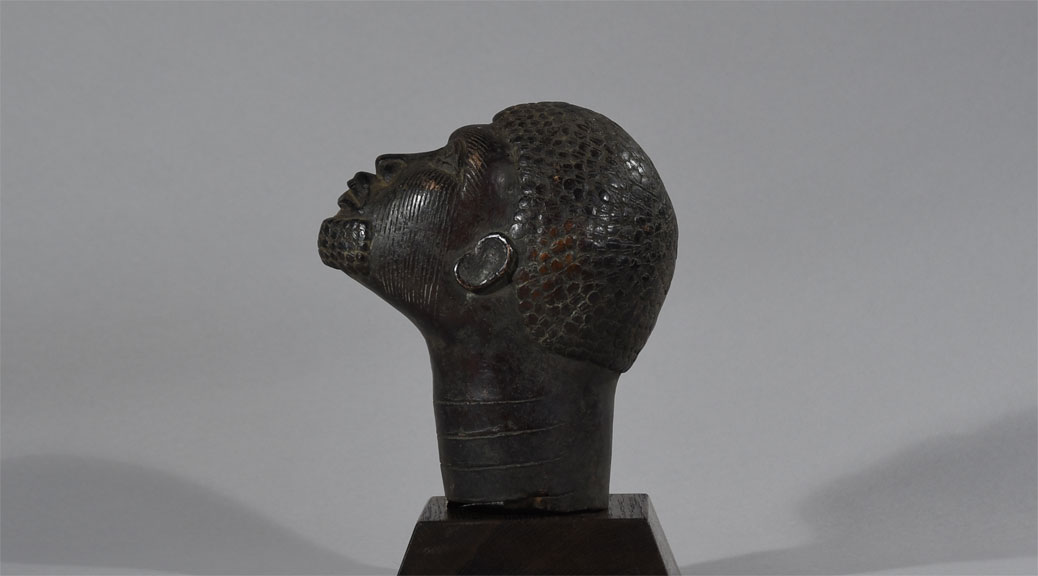 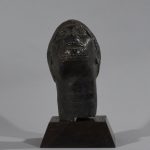 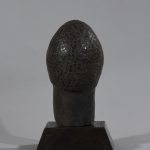 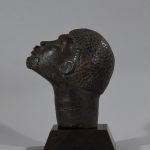 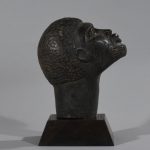 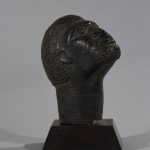 This proportional small but powerful Benin bronze head with an advanced and bearded chin visualizes a prince of the ancient Ife kingdom which was founded in the early 14th century AD. Ife is the ancient Yoruba city located in South-Western Nigeria wich was founded in the early 14th century. The city is located in the present day Osun State about 200 kilometers northeast of Lagos.