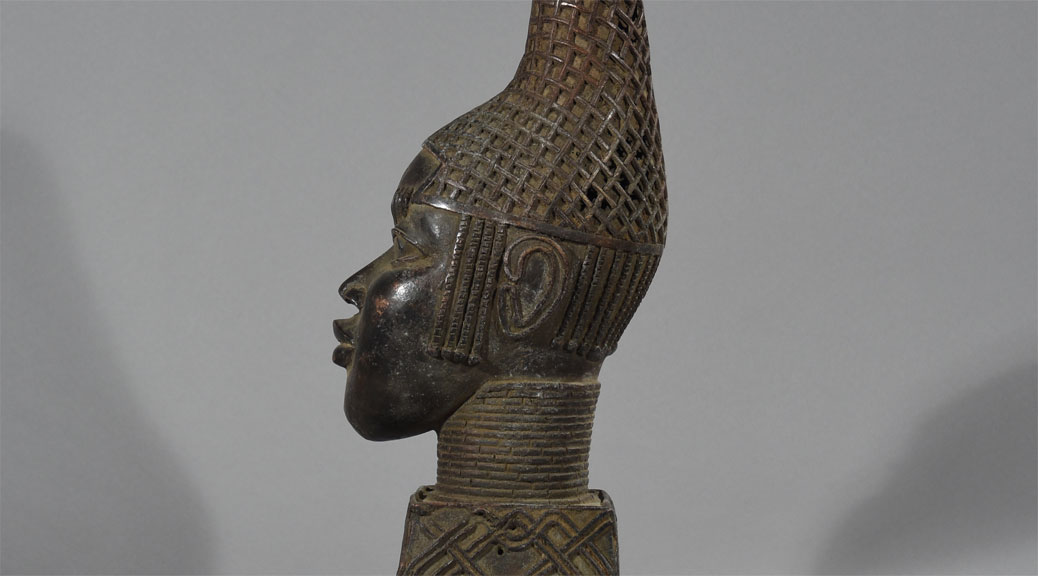 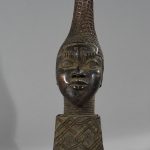 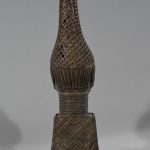 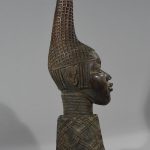 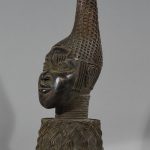 This bronze head from Benin, Nigeria, is an excellent example of good craftsmanship. It is an earlier brass commemorative head, which possesses natural facial features as it has a smaller neck and proportionate facial features and is thought to be of Idia, the first Benin Queen Mother.

The head is very similar to one of eighteen copper alloy sculptures which was found by English archaeologists in 1938 at Ife in Nigeria, the religious and former royal center of the Yoruba people

Age: Most probably early 17th–18th century according to comparisons with similar findings contained in the British Museum.

Condition: The head is in perfect condition and appears in a dark patinated copper-bronze color. No bumps, but quite small almost invisible holes in the spaces in the back of the hair hairstyle