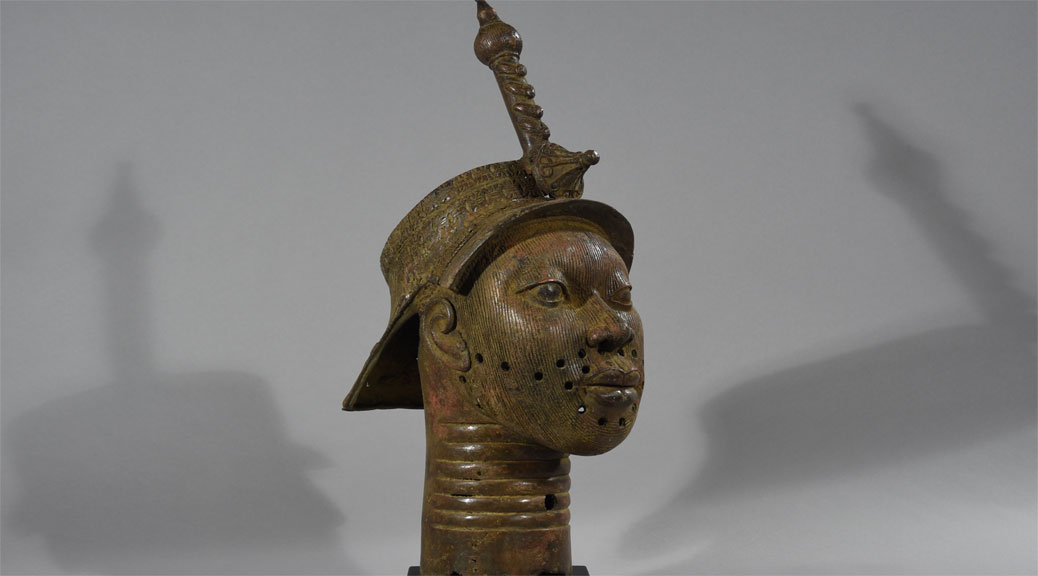 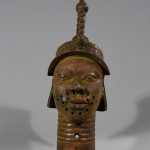 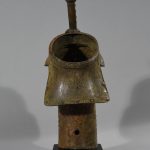 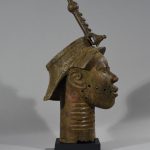 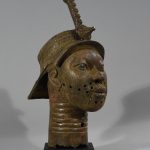 This Ife bronze head from the Yoruba people of western Nigeria is an excellent example of their handiwork. The Yoruba reached their artistic pinnacle between 1100 – 13oo AD. This bronze cast represents Odududwa, who is said to be the ancestor of the Yoruba people.

The head is very similar to one of eighteen copper alloy sculptures which was found by English archaeologists in 1938 at Ife in Nigeria, the religious and former royal center of the Yoruba people. This Ife head was taken to the British Museum a year later. It is believed to represent a king, and was probably made in the thirteenth-fourteenth Century, before any European contact with the local population.

Condition: The head is in perfect condition and appears in a dark patinated copper-bronze color. No bumps, but quite small, almost invisible cracks in between the ‘neck folds’. A series of small holes around the perimeter of the mouth were for attaching a beard made of glass beads.