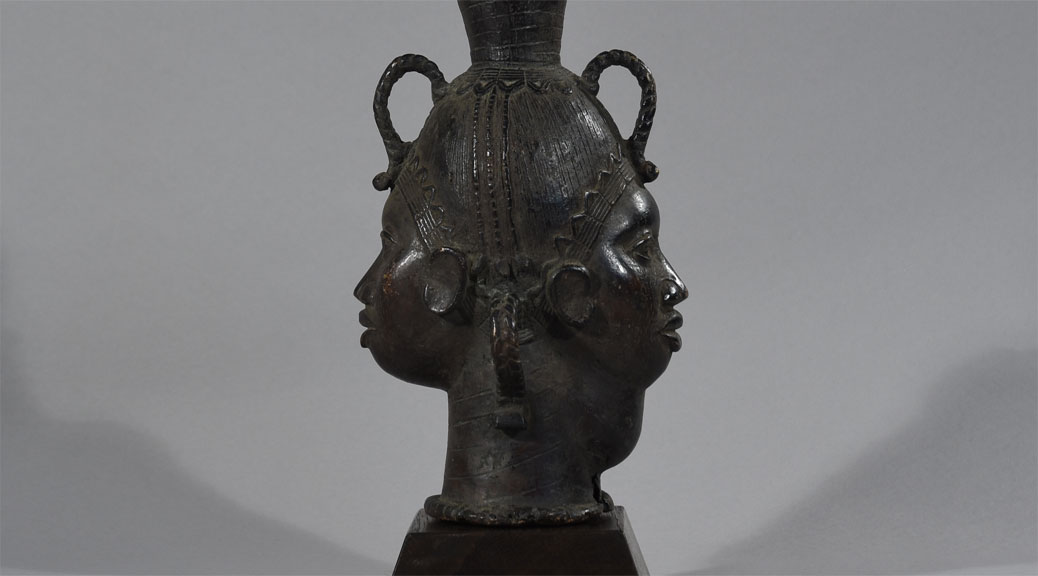 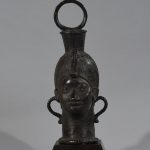 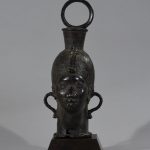 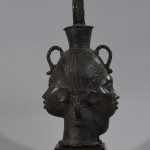 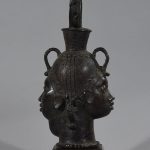 This is a very delicate sculptured and molded ‘Janus’ bronze head consisting of two female faces. It is difficult to tell the age of the two women, but judging from the bulging throat on one of the, it seems that she is suffering from goitre. The hair is arranged in braids that give the impression of handles on both sides. As well as the top of the figure, which looks like a vial or jar with lid and handle. Based on the details of the sculpture, this may resemble two royal individuals. It could be Oba’s two daughters or maybe the queen and the daughter.

Condition: The head is in good condition and appears in a dark patinated bronze/copper color.