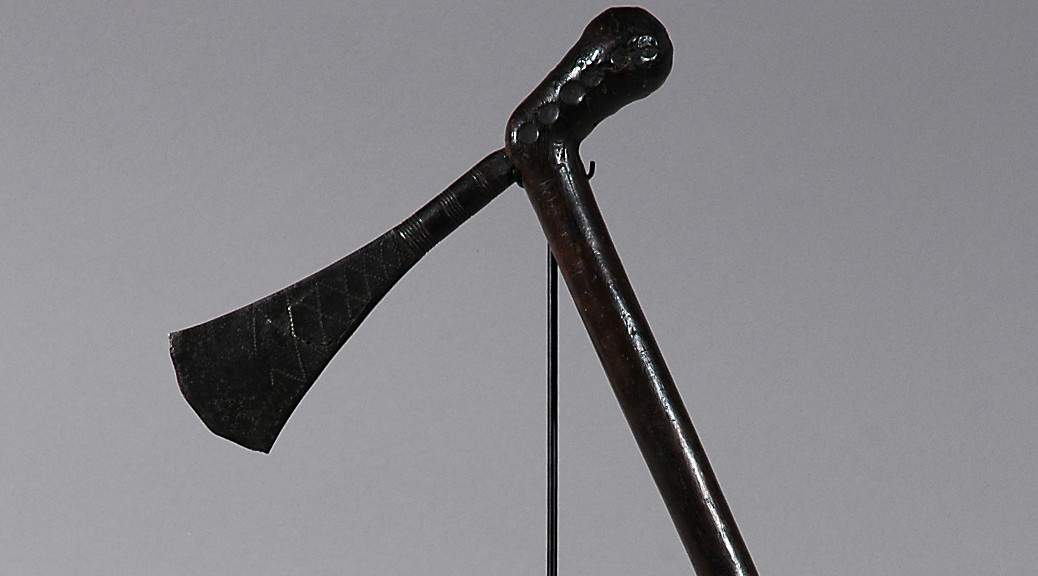 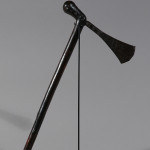 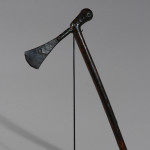 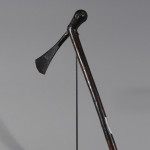 This is a good example of an African 19th Century Chokwe War Axe Club. With hardwood shaft and head and incised iron axe blade and supplementary blade to reverse of head. It might possibly derive from the men around Prince Mwene Mbandu Kapova I of Mbunda who played a significant role in the battle between the Chokwe and the Mbunda.
Chokwe axes are deeply rooted in symbolism, status and power. They are held as an insignia and command respect. Some were ‘court art’ object owned by chiefs – headman and nobles. Others were used for fighting or hunting.

The Chokwe were once one of the twelve clans of the great Lunda Empire of 17th- and 18th-century Angola. They eventually became independent when they refused to continue paying tribute to the Lunda emperor. Their successful trading and abundant resources caused them to be one of the wealthiest groups in Angola. By 1900 the Chokwe had dismantled the Lunda kingdom altogether, using guns they had received in trade from the Ovimbundu.