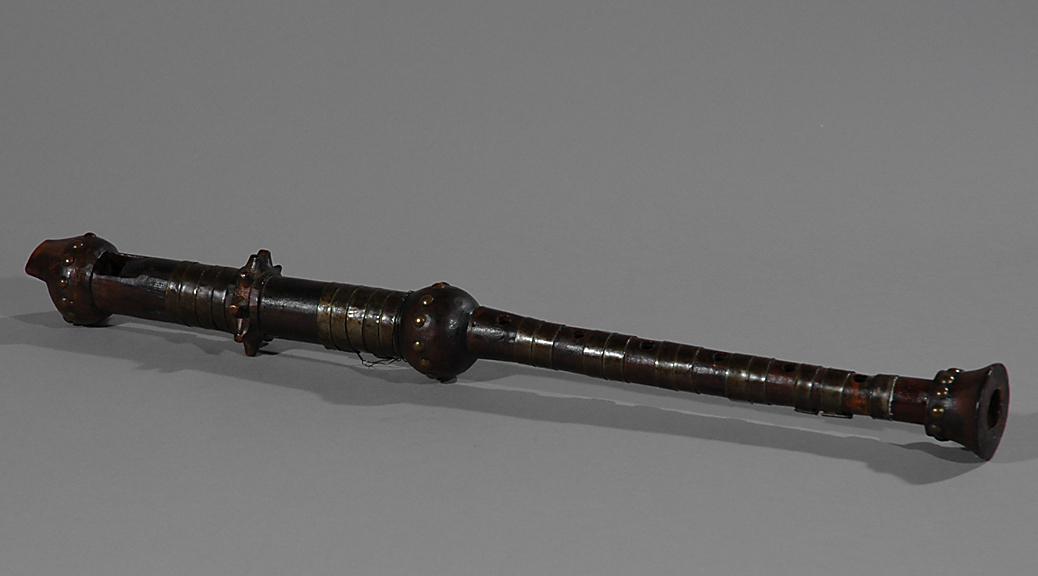 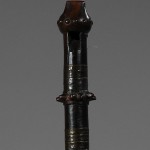 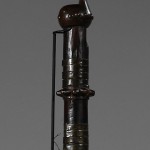 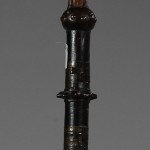 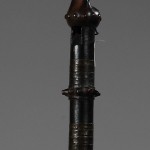 This flute with fine metal fittings works and has a great sound.
African musical instruments are used to accompany dancing and singing. Some instruments are only able to make simple sounds and they are used to signal, to invoke spirits or to imitate speech tones. From these technically simple instruments rhythms were made that inspired classical American jazz and Latin-American dance.

The Chokwe people have spread out over a wide area in the eastern Angola, southern DR Congo and Zambia. Their history can be dated back to the 15th century, when a Lunda queen married a Luba prince. A significant member of the Lunda aristocracy was so disapproved of the marriage that they migrated south to present-day Angola. Once settled, they founded several kingdoms, each headed by a God-king. Around 1860, following a major famine, the Chokwe people migrated back and settled in Angola. They are vigorous and courageous hunters and agriculturists.

Chokwe sculptors were the most famous of the region. Some sculptors made objects used for hunting, love, magic, and fertility. Others were hired by the great chieftaincies and worked exclusively for the court. They sculpted scepters, thrones with figurines, fans, flutes, tobacco boxes, pipes, flyswats, cups, and figures of chiefs or ancestors – all demonstrating a great deal of refinement.