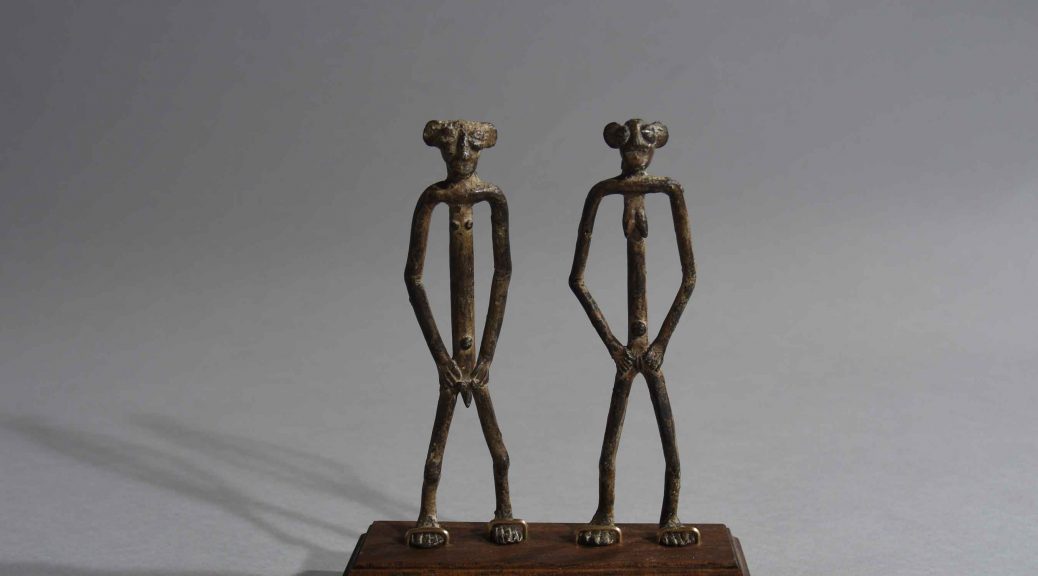 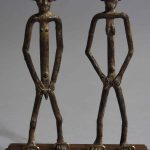 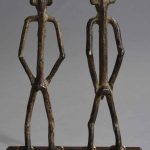 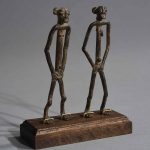 This 19th Century, beautiful Dogon-wedding couple is made of bronze and
cast in the extremely time-consuming lost wax process*).

The Dogon have a highly sophisticated artisan tradition of art and is primarily mirror-images, aproned figures, and standing sculpture. Dogon art revolves around religious values, ideals, and freedoms. Dogon sculptures are not made to be seen publicly, and are commonly hidden from the public eye within the houses of families, sanctuaries, or kept with the Hogon . The importance of secrecy is due to the symbolic meaning behind the pieces and the process by which they are made.

Condition: Despite the age and the long-standing stay in the families sanctuarie, this figure is in an exceptionally good condition.

Literature: DOGON by Hélène Leloup for the exhibition “Dogon” in 2012 at the Musée du Quai Branly, Paris.