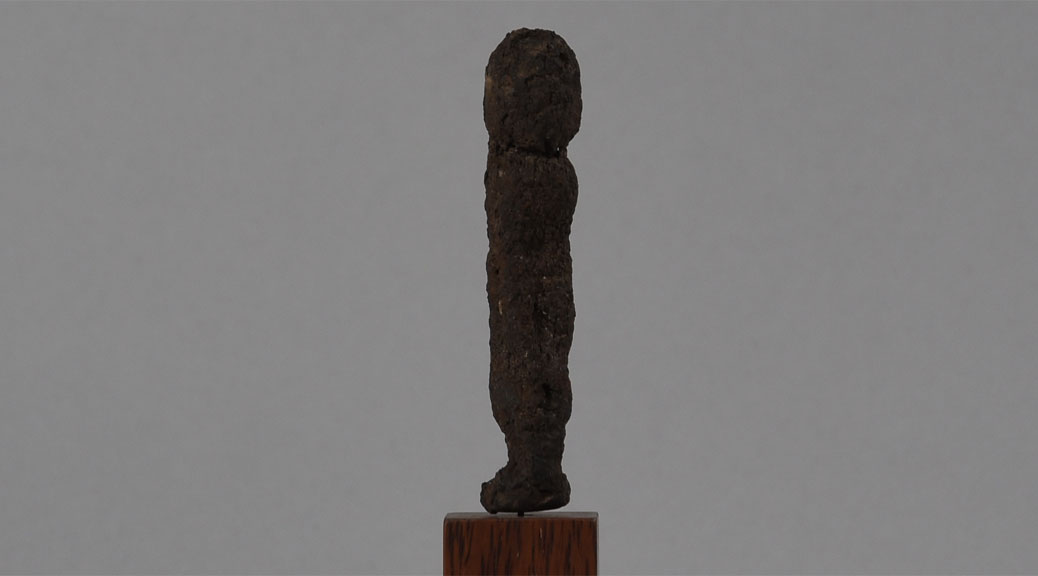 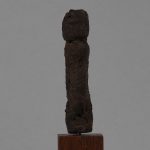 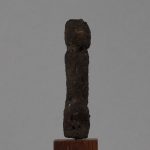 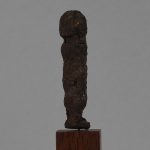 This statuette belongs to a group of small figurines called healing fetishes which are thought to give substance to invisible spiritual intermediaries. Carved by Dogon priests these figures can be invoked for aid but will die if neglected. Other intermediaries range from simple officiants at family altars to prophets, sacred kings, and diviners as well as certain priests, who are invested with powers that identify them more fully with the gods. Thus, for the Dogon spiritual leader, the hogon, it is not just a simple officiant but a sacred figure. His saliva is the source of the life-giving humidity, and his foot must not touch the earth directly or the ground will dry up. Such persons must submit to a number of ritual interdictions, because their ritual purity guarantees the order of the world.

An early twentieth-century European visitor to Dogon country in Mali wrote of the “astonishing perfection” of the ornaments created by local carvers. These miniature Dogon fetish sculptures presumably from Northern Mali are ritual objects placed on personal altars in order to anchor the spiritual power of the ancestor to whom the altar is dedicated.

Dogon styles are extremely varied; this particular piece displays a characteristic egg-shaped head, flattened dart-shaped nose and a nodular beard.  A classic shape with an excellent patina with sacrificial encrustations.

Condition: Made of hard wood and with the thick coating, that is characterized by having been through many ceremonies.

Dimensions: ‘Normal’ fetish size, which is about 10 cm.