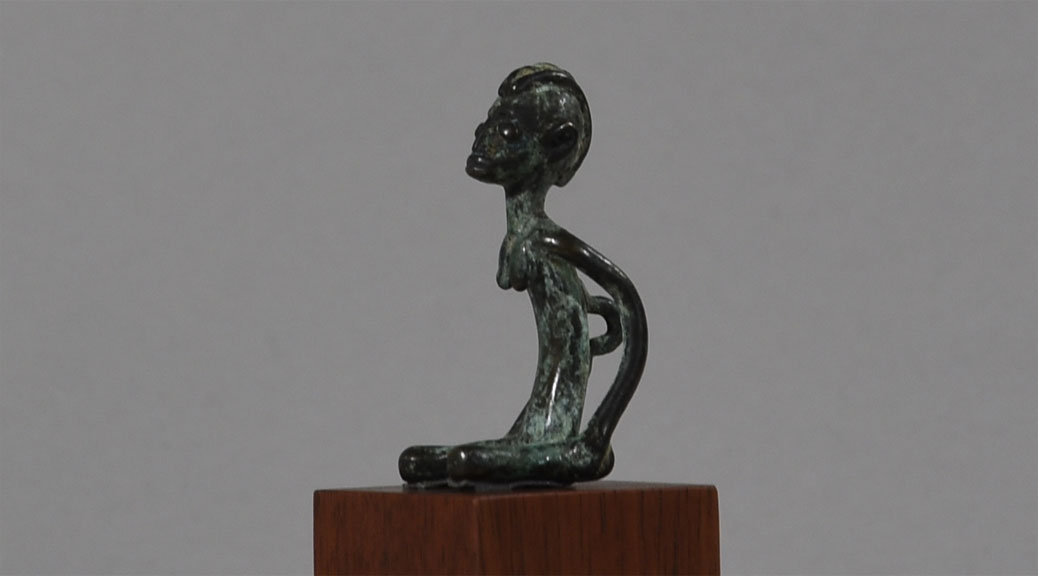 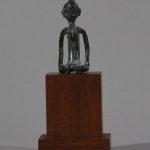 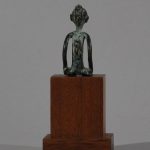 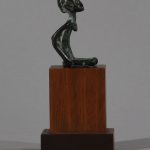 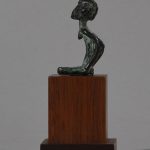 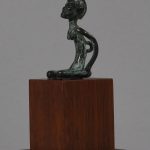 This is a smooth uncoated bronze figurine depicting a kneeling female figure with long slim sinuous limbs and a braided hairstyle on top of her head. Her body posture shows the figure holding her hands around both feet, arched back and a face looking straight ahead – a gesture which has been open for interpretation but is most commonly accepted to be echoing a certain moment in the Dogon Bukle Priests’ initiation ceremony. On the back of the figure, there is a small hook for hanging it around the neck.