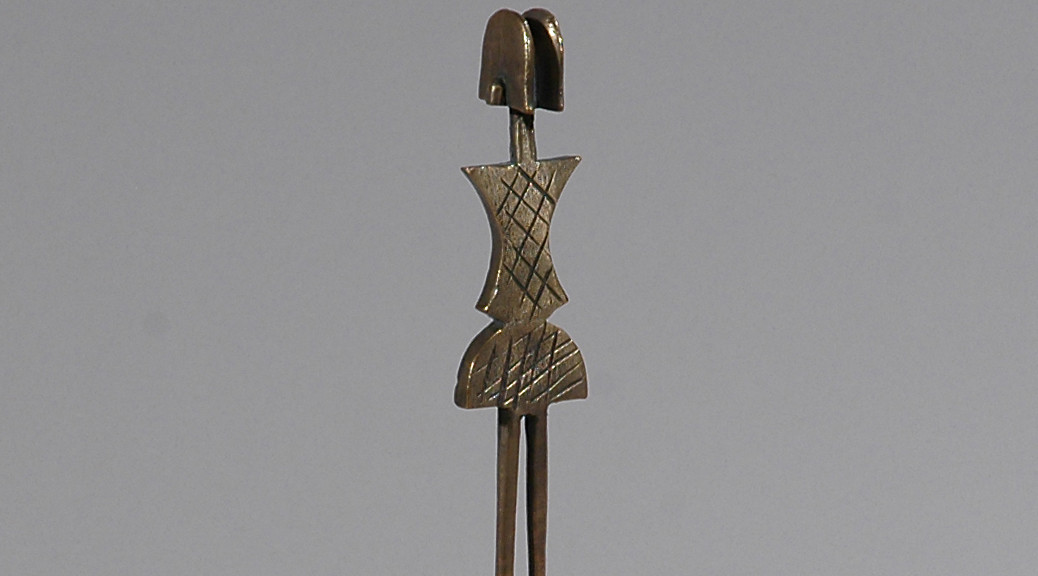 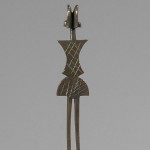 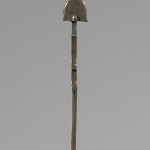 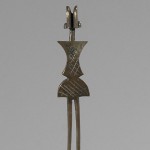 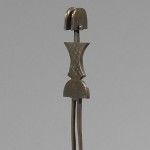 Bronze figure mounted on acrylic base

This Kwere or Zaramo Figural Hairpin is from the central and northern coastal region in Tanzania.
Refined skill and care has gone into the carving of this unusually elegant, elongated abstract female figure seated atop a finely carved pin. So unusual that we decided to have it casted in bronze, and this is one of five castings.

Female figures were dominant in the carving of the matrilineal cultures of the Zaramo and Kwere and are often quite abstract, but here is also a more naturally representational figure of women with rounded sensual buttocks and hands joined in front of her. The two sweeping characteristic crests on the head depict a woman’s hairstyle called moja-moja, that was worn for the first time by female initiates, mwali, after they had finished their period of seclusion and entered the world as a woman.