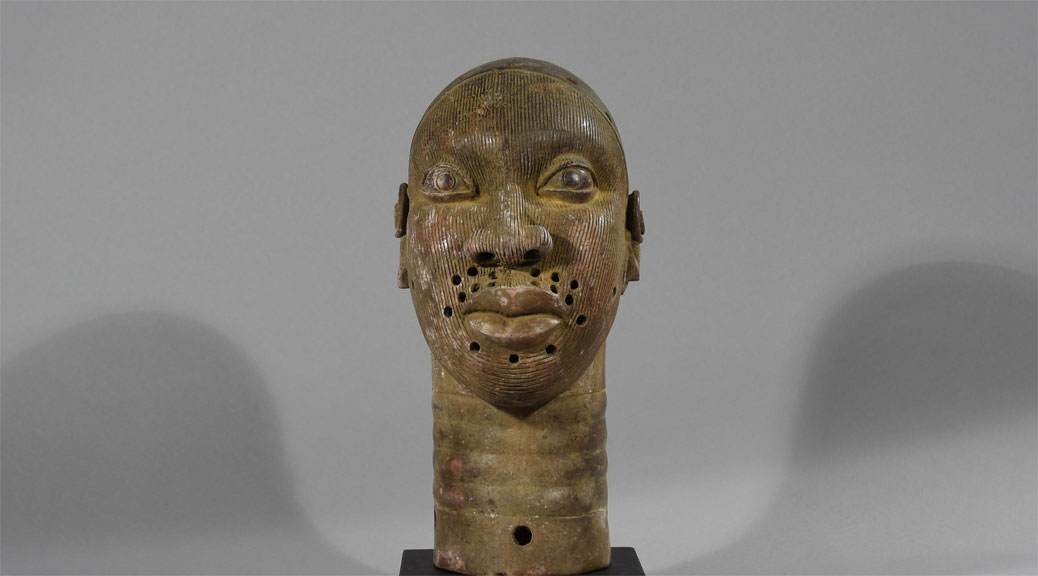 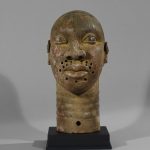 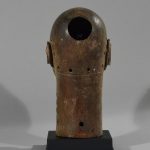 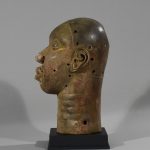 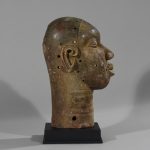 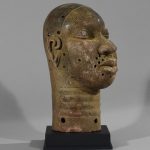 This natural proportioned male bronze head showing a powerful person, resembles a prince of the ancient Ife kingdom. Ife is the ancient Yoruba city located in South-Western Nigeria wich was founded in the early 14th century. The city is located in the present day Osun State about 200 kilometers northeast of Lagos.

Upon their arrival in London, Benin’s royal arts were a topic of conversation and speculation. They sparked immediate interest from museums, particularly in Britain and the German-speaking world, which made efforts to purchase the objects for their collections. Eventually works from Benin could be found in museums across Europe and the United States.

Provenance: From the heirs of a private collector in South Africa. Where the collector got the head from is unknown.

Condition: The head is in good condition and appears in a dark patinated copper-bronze color. Small hole in the forehead, and on the cheek. A hole in front of the neck to mount a flower broche A series of small holes around the perimeter of the mouth were for attaching a beard made of glass beads.