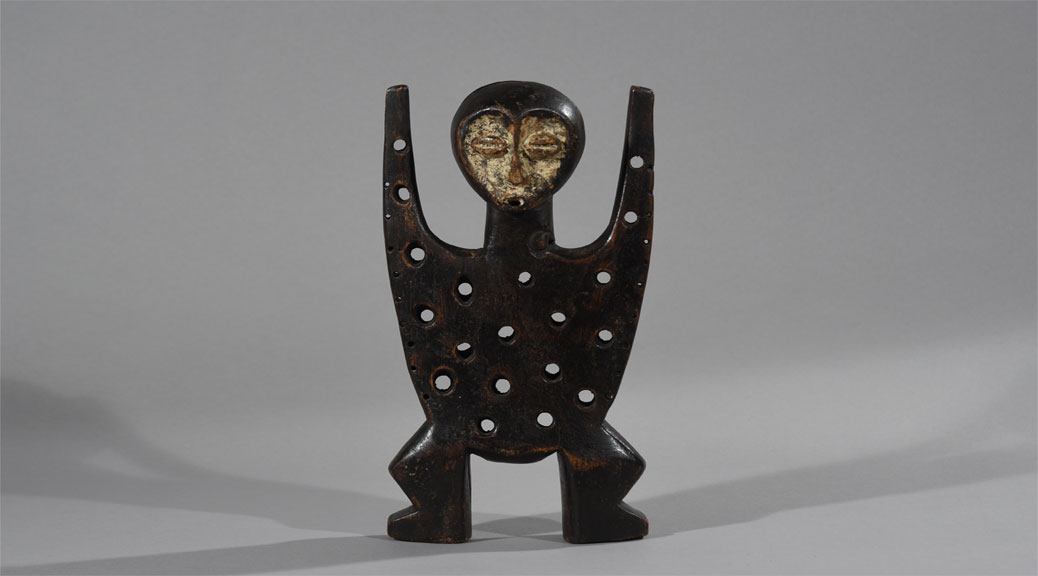 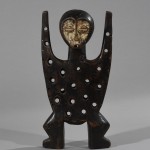 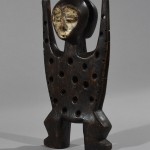 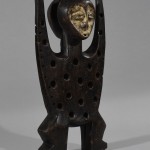 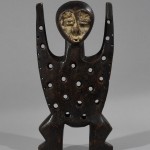 “In Lega thought, sleeping mats (katanda) imply laziness and sexual laxity. An often-used Lega metaphor compares a swarm of red ants (katanda ke ibazi) to a mat. Further, a sexual promiscuous person (also understood metaphorically as a mat) spreads disorder in a community in  the same way that red ants can besiege a town … (this is) an anthropomorphized mat filled with holes, as if it had been destroyed by ants.” Quote from: Elisabeth L. Cameron: Art of the LEGA. (2001), p.61.

The visual and the verbal arts of the Lega are used to teach men and women values essential to the continuation of their way of life. Lega arts are an integral part of the Bwami society, a multileveled association that provides political, religious, and social structure for the Lega. Each member strives to advance up through the various ranks of Bwami, a long process which involves challenges as well as proof of knowledge. Young men and women are initiated into the lowest level of Bwami when they take their places as adults in society. As they mature and demonstrate increasing promise, they ascend through the society’s higher levels.

Masks and figures from the Lega tribe in the Congo, has long been admired for their simple and elegant forms. With their abstract qualities Lega carvings have been a great source of inspiration for important modern artists such as Pablo Picasso, George Braque and Henri Matisse.

Condition: Fine dark patina wood. No marks or cracks. Little wear in the kaolin after numerous ceremonies. In view of diligent use and age, the figure is in a remarkably good condition.