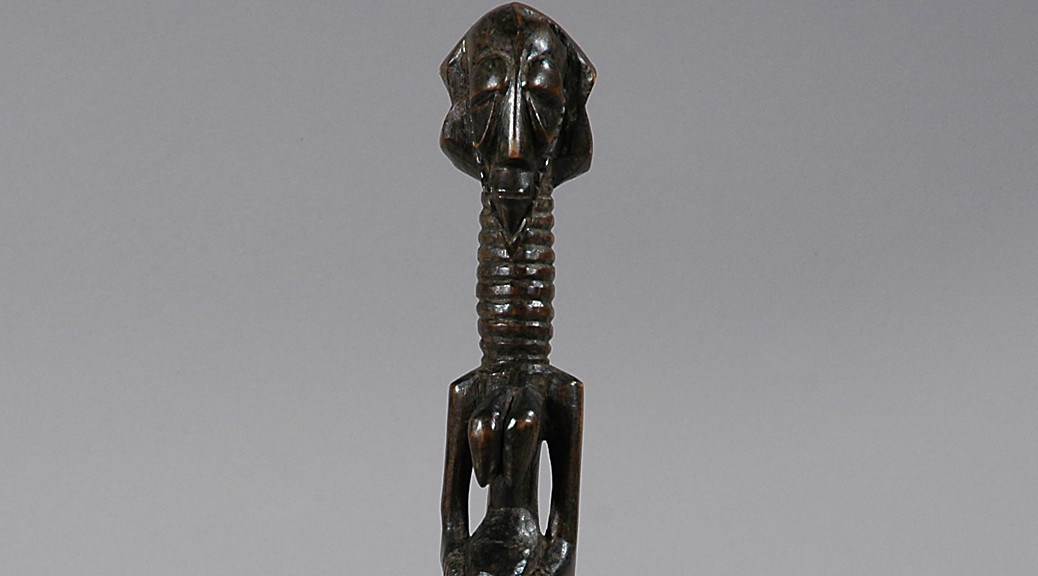 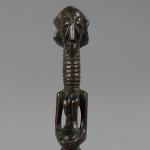 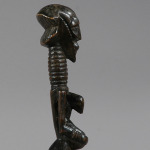 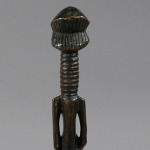 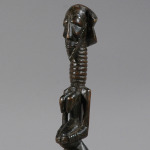 This imposing hermaphrodite figure with hands resting on the abdomen is a masterful example of Luba artistry. In the rendering of different parts of its composition it suggests stylistic influence from neighbouring Luba-related or Luba-ized groups who honored ancestral spirits through portraiture such as the Sikassingo, Hemba, Kusu, and Tabwa. However, the classification as Luba is definite and can be based on the facial features as well as the surface pattern of the braid which alludes to the incised geometric design found on the back of memory boards (lukasa), staffs, and other royal Luba emblems. The large quantities of oil exuding from the figures inside, as well as the appearance of the wood attests to the great age of this work. Note the perfect balance of the object seen in profile, and the power coming out of his face reduced to its simplest expression. This character probably served reliquary.