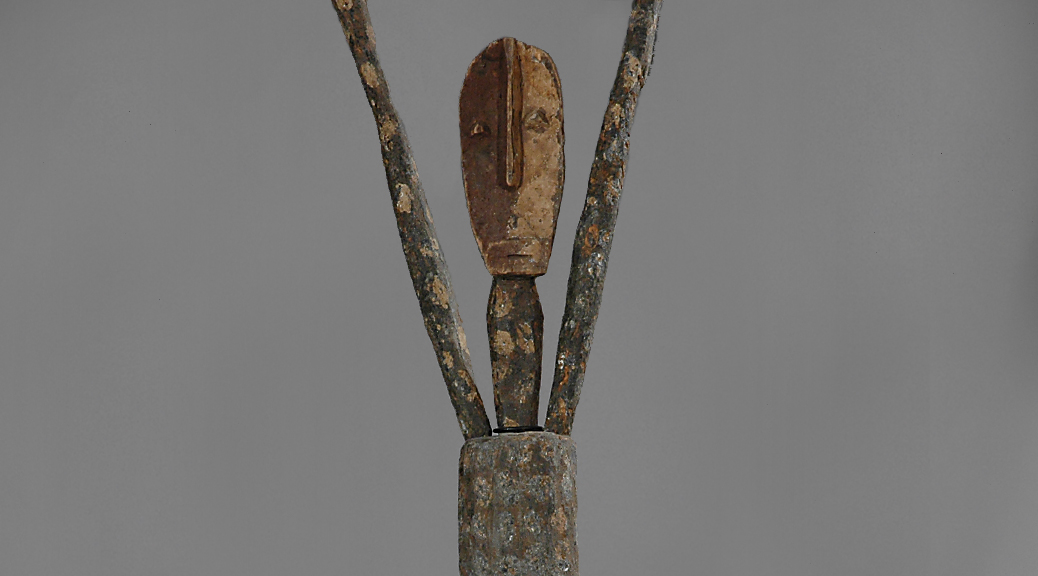 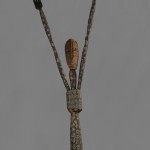 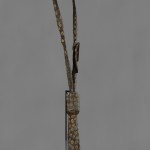 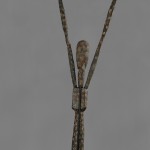 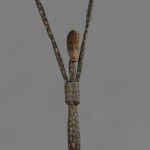 There are only few examples of Lengola carvings in western collections. This minimalist large authentic figure called Ubanga Nyama is made of separate pieces of wood that are pegged together. Figures like this are very rare and their exact function is unknown. The figures can be disassembled, possibly for storage purposes or portability, as they are used infrequently.

Typically, Ubanga Nyama are of elongated proportions, with a small, articulated chest above a long trunk issuing lenticular limbs. The figures also display cruciform arms framing a concave, heart-shaped face and shows some influence from their neighbours the Lega from whom they have taken the heart shaped face. Most figures were painted at some time.

The Lengola who live on the banks of the Congo River construct their lives around a semi-secret society known as Bukota that exercises social control over Lengola life punishing malefactors and witches and initiating boys into adult society. This wonderfully carved figure is an ancestor figure and was used in various ceremonies including at the funeral of Bukota dignitaries and during the rites of circumcision and initiation.

These figures represent Suway, an ancestral founder of the Lengola. One such figure would have been exhibited in the center of the village, after the burial of the high-ranking mungamba dignitary, to allow men to make invocations.