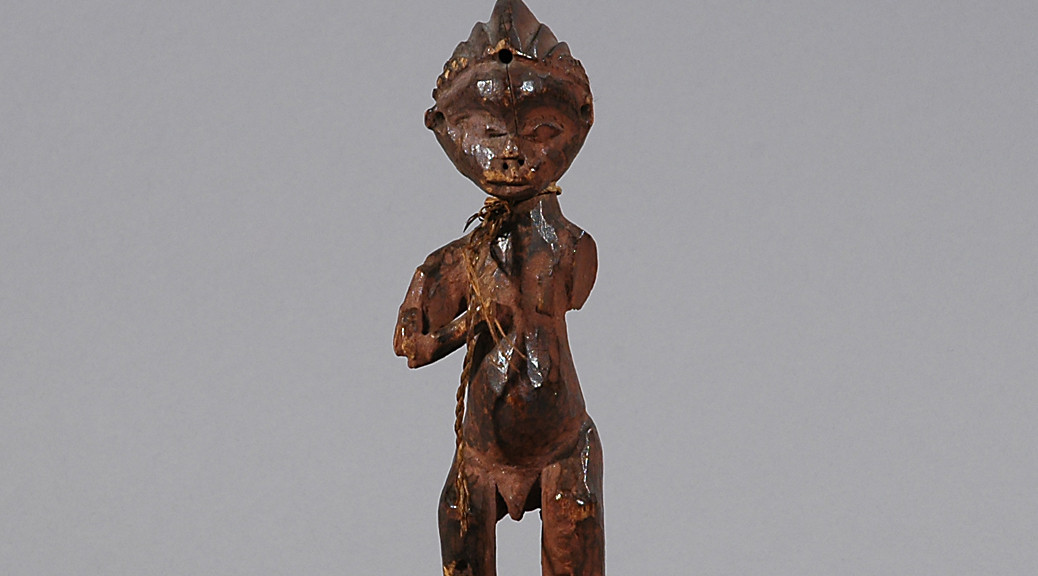 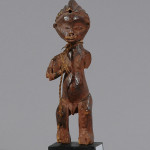 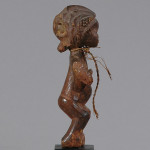 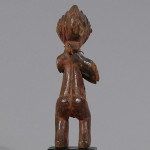 MBALA (BAMPEEN, BAMBALA, BABABALA, MBAL) in Zaïre (Democratic Republic of the Congo) belongs to the 60,000 Mbala people migrated from Angola during the 17th century. They settled in the Kwango-Kwilu region in the southwest of the Democratic Republic of the Congo. The region is a point of confluence for many ethnicities with whom the Mbala have become assimilated: the Pelende, Suku, Pende, and Yaka. They are governed by a regional village chiefs who regulate the economy — hunting, fishing, and manioc farming.

The Mbala produce a famous red pigment, called tukula, from which their name, “the red people”, emanates. The Mbala are famous for their maternity figures and their musician statues: drummers or players of the thumb piano (sanza) or xylophone. Statues appear in pairs — the male figure holds a musical instrument, the female holds a child. The figures come in three types: diamond-shaped, elongated, or trapezoidal. Some carry a figure on their shoulders. The features (especially the forehead and chin) project forcefully, and the head is surmounted by a crest-like coiffure. Mbala standing and sitting mother-and-child figures are much more powerfully rigid in style than others in the Congo region. In the matrilinear society of the Mbala, maternity was celebrated very specifically. A symbol of the chief’s authority and the capital part of ancestor worship, it inspired powerful evocation of the clan’s female founder, the true force of nature. Despite their sacred character these statues are very lifelike, often designed with a slight asymmetry which gives them particular spontaneity and personality. Fetish figures – used for hunting and divination purposes – are often covered with added paraphernalia, which is believed to enhance their powers.

Provenance: From a Danish private collection