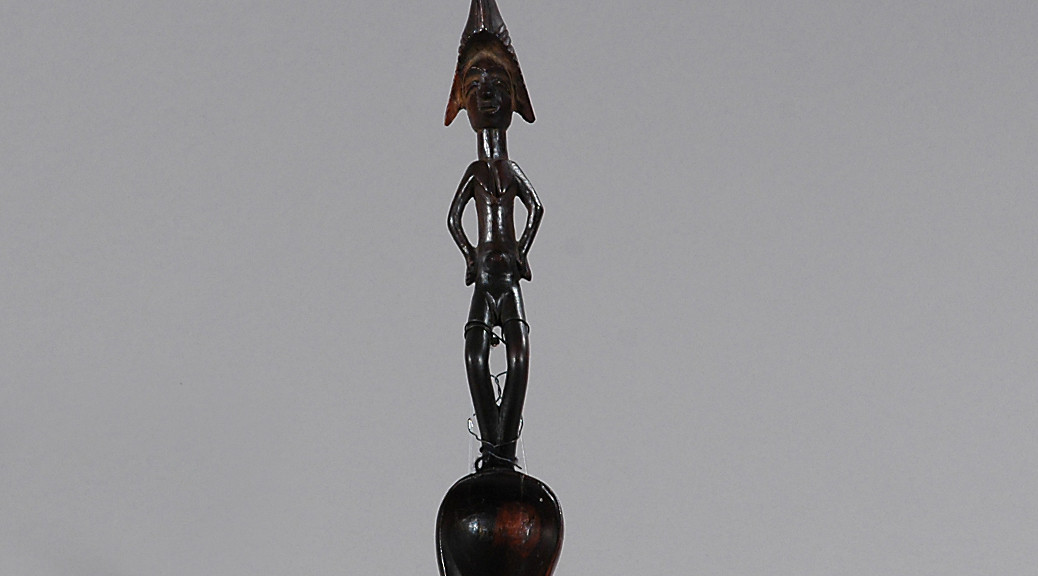 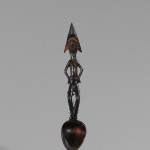 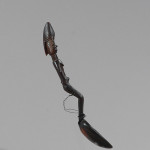 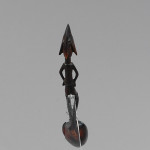 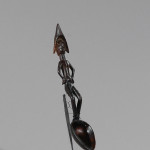 This fine spoon shaped as a human figure is most likely carved by the mbole people in D.R. Congo. The Mbole are known for their figures called ofika which are characterized by their geometric features, elongated bodies and and high coiffures. These figures are used by the secret society Lilwa to which young men aspire to belong. This spoon resembles the posture of the ofika figures, but it might have been used for a different purpose. In Africa spoons play a special role in ceremonies and rituals and they are perceived as status symbols rather than being used as functional objects.