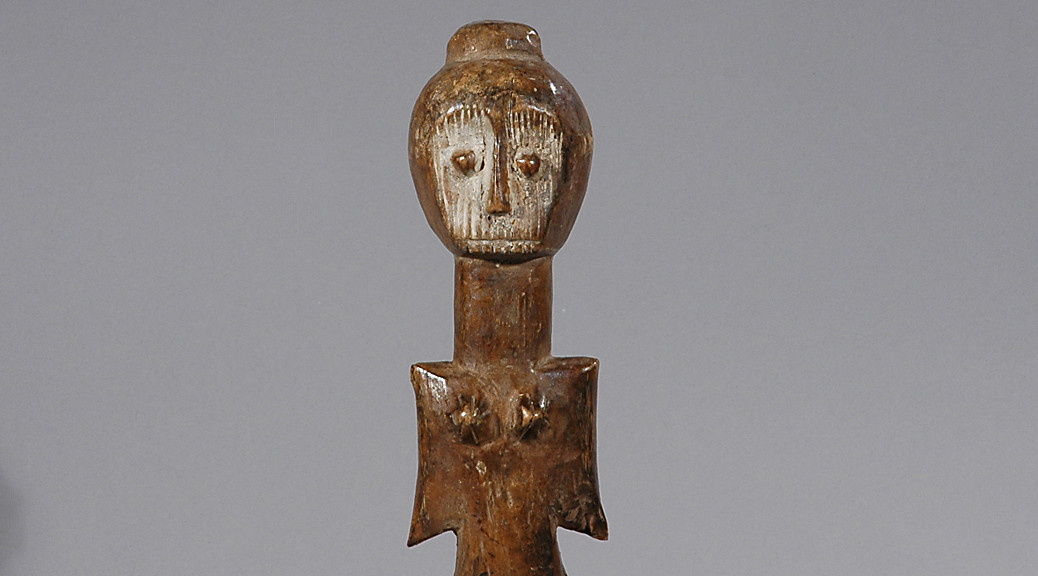 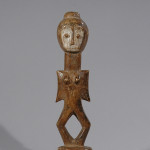 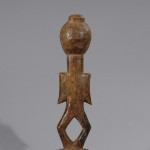 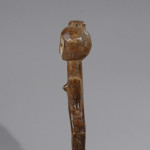 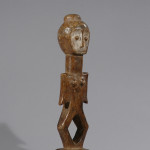 This standing statue is adorned with croissants and linear patterns are arranged vertically.

The shapes are typical to figures similar to figures from the Lega tribe. The Lega also claim historic ties with Metoko , formerly known as Baleka – Mituku. These sculptures are symbols of rank and status and were used during the initiation rites of the company Bukota.

Metoko have a voluntary association called bukota, whose large membership includes both men and women. Its functions are similar to those of the Lega Bwami association as it also regulates their social, political and economic life. Sculptures serve a wide variety of purposes, from providing behavioral models, to encouraging healing, to promoting peace. They are usually very abstract and often have angular features and painted faces.

Figures of this type also have a variety of meanings including as ancestral figures.
The smaller-scale figures are likely to be viewed as personal figures, in contrast to the large community figures.

Provenance: From a well-known private collection in Belgium of masks and statues from the former Democratic Republic of Congo (Zaïre).

Click here for more information about the Metoko people