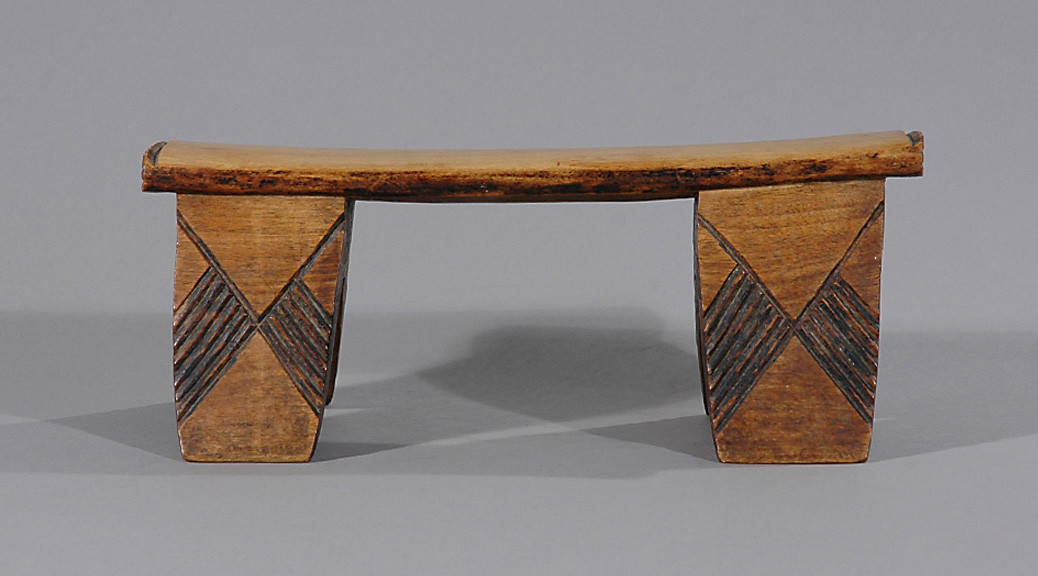 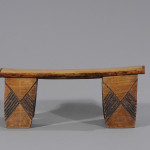 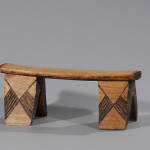 This elegantly shaped headrest is made by the Nguni people, a nomadic tribe in South Africa. The Nguni tribe originated from the central African lake districts, moving southwards and bringing with them cattle, goats, hunting dogs and seeds for their crops. Groups broke away with their leaders, establishing different dialects and customs, which contribute to the many tribes of South Africa’s faceted multiculturalism.

Headrests have been used to protect elaborate coiffures that can relay the status, gender, and age of the wearer. The designs developed by regional carvers are remarkably diverse in both form and style. This example is distinctive for its elegant form and the fact that it features a storage compartment for the owner’s valuables.

The Nguni people are cluster of related Bantu-speaking ethnic groups living in South Africa, Swaziland, and Zimbabwe, whose ancestors inhabited a broad band of upland territory extending from the Great Fish River, in what is now Eastern Cape province, northward to Kosi Bay, near the border of KwaZulu/Natal province and Mozambique, that paralleled the Indian Ocean.