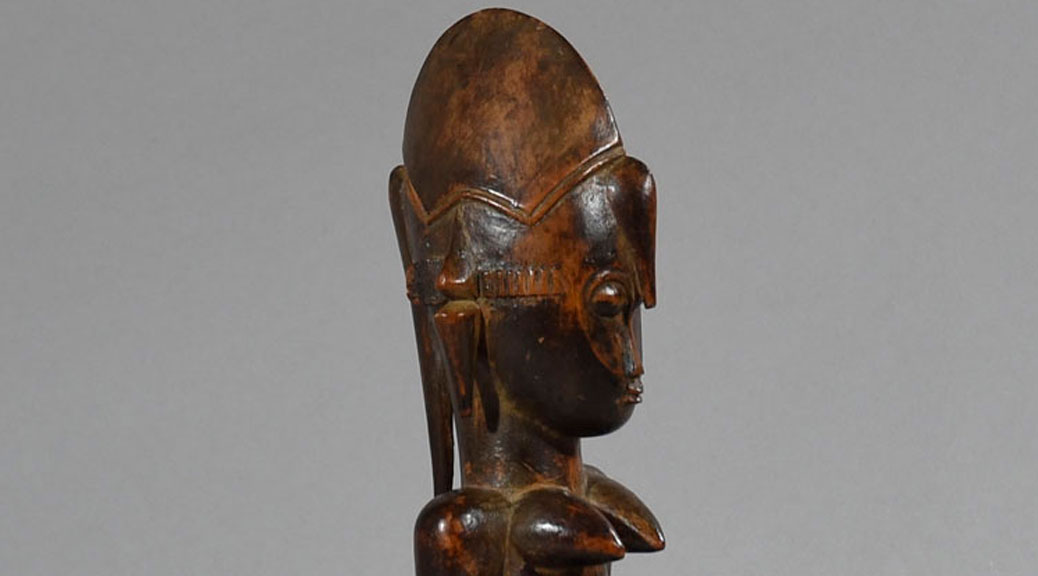 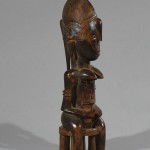 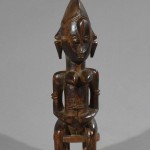 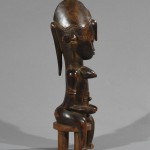 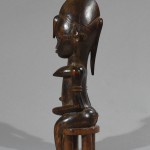 This little woman is most likely a powerful ancestor figure.  Her hair has been braided into a central crest that enhances her beauty and further reveals her high-ranking status, since such elaborate coiffures often took hours to complete, employing the skills of one or more stylists. Furthermore, the scarifications that cover her face and body are considered both prestigious marks of rank as well as symbols of her sexual desirability. Certain specific scars are indicative of the Senufo people and would identify her as a part of this tribe.

Clearly, this woman is a person of noble rank who held an esteemed role within her society. If not a symbolic representation of a princess or a queen mother, then this sculpture was most likely commissioned by her relatives after she passed away to commemorate her life. The Senufo people believed that the spirits of the deceased continued to play an active role throughout the life to their descendants. By creating memorial sculptures and presenting it with proper sacrifices and libations, the relatives of the deceased could influence the favor of the spirit.

Condition: Fantastic beautifully carved. In an unusually well-preserved quality without chipping and scratching. Note the many small asymmetrical details that make her even more genuine and authentic.

Provenience: Danish private collection by a deceased collector. The heirs believe that it was either acquired directly from Lau (Laurence) Sunde’s collection in Copenhagen, which dates back to the 1940s, or Lau (Laurence) Sunde was an adviser to the collector.
Sunde had an “Etnografica” boutique in 1948 that became recognized among collectors as the most specialized boutique of its kind at the time. Tribal and oriental artifacts were purchased from private collectors as well as at auctions in Paris, Amsterdam and London, among other places.