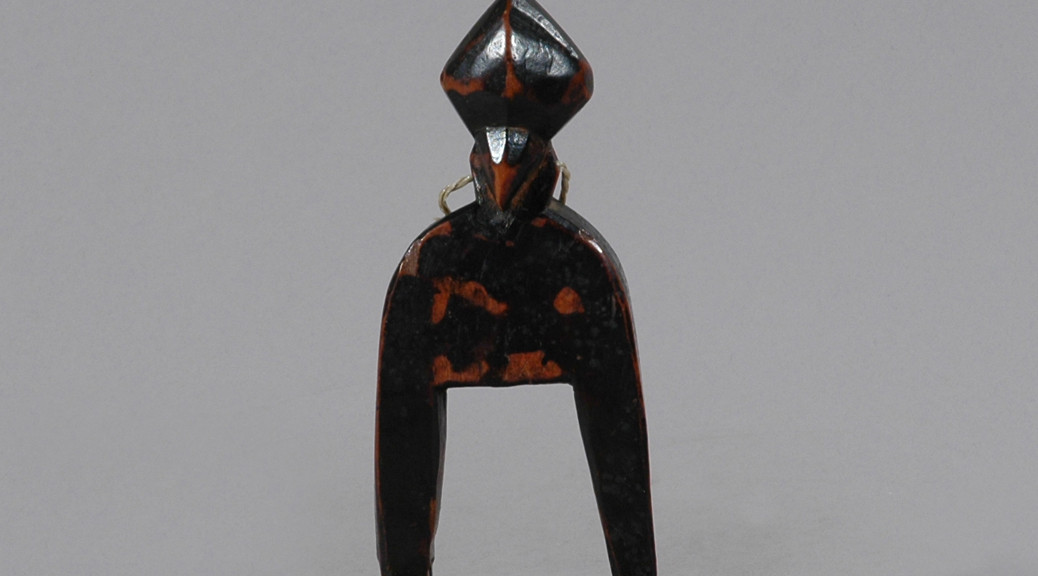 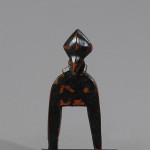 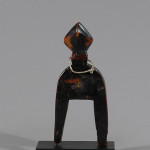 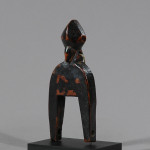 A vast array of Senufo everyday objects are adorned with human figures or birds, like this stylised bird on top of a heddle pulley. Among the Senufo people of Ivory Coast, sculpted birds play an important role in their ritual and ceremonial life and by drawing upon a rich symbolic pool of images.The hornbill is believed to be one of the first creatures on earth. It is an important symbol for the Senufo and appears on many of their carvings.The Senufo make art a vital component of their life through a variety of forms and materials. The weaver who uses traditional methods employs so-called heddle pulleys to guide the cotton thread. They are decorated with motifs taken from the ancestral cult or tribal symbols.