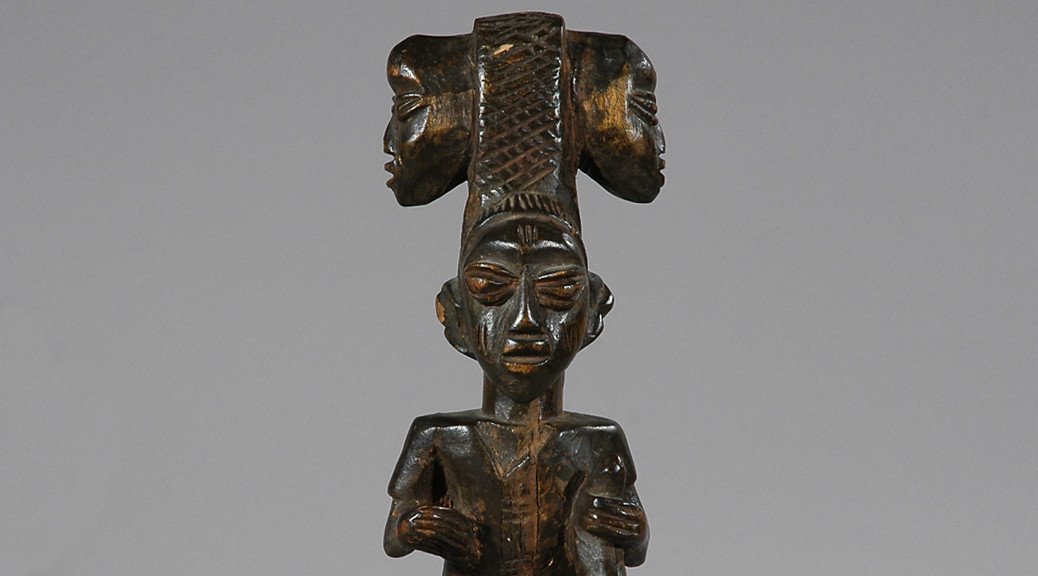 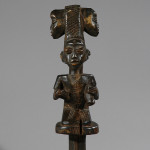 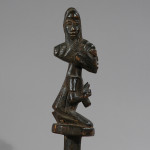 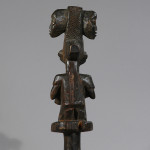 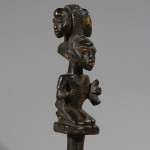 This multifaced figure is most likely an image of the thunder God, Shango, a legendary king whose reign is said to have come to an end because of misuse of his magical powers, which brought great storms down upon his people. Shango is associated with fertilizing rain, he is said to be truth-loving and should punish liars and thieves. The members of the Shango cult usually dance with small wooden staffs often depicting a single female figure whose head supports a double axe representing Shango’s destructive side. This figure has a two sided head on top in stead of an axe, which most likely represents the all-seeing power of the thunder God Shango.