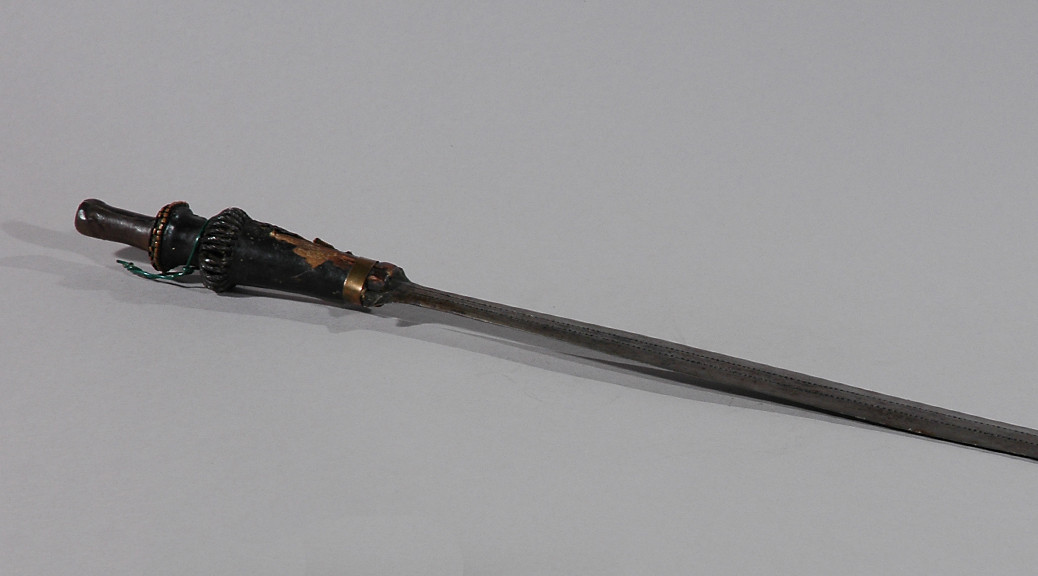 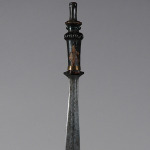 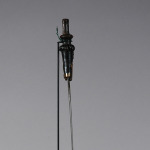 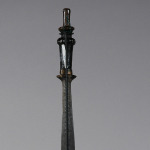 This short Congo Parade Sword is most probably from Yombe (Bayombe, Majombe, Mayombe, Majumba, Yumbe), Angola/Congo. It has a carved wooden handle and a shaped iron blade.

Swords like this were used in ceremonial contexts as well as in warfare. Before military action, weapons were often empowered by rituals and application of medicinal substances.

The art of the royal court is manifested in objects of luxury such as commanders’ staffs, flyswats, scepters and swords.

Sunde had a “Etnografica” boutique in 1948, that became recognized among collectors as the most specialized boutique of its kind at the time. Tribal and oriental artefacts were purchased
from private collectors as well as at auctions in Paris, Amsterdam and London, among other places.