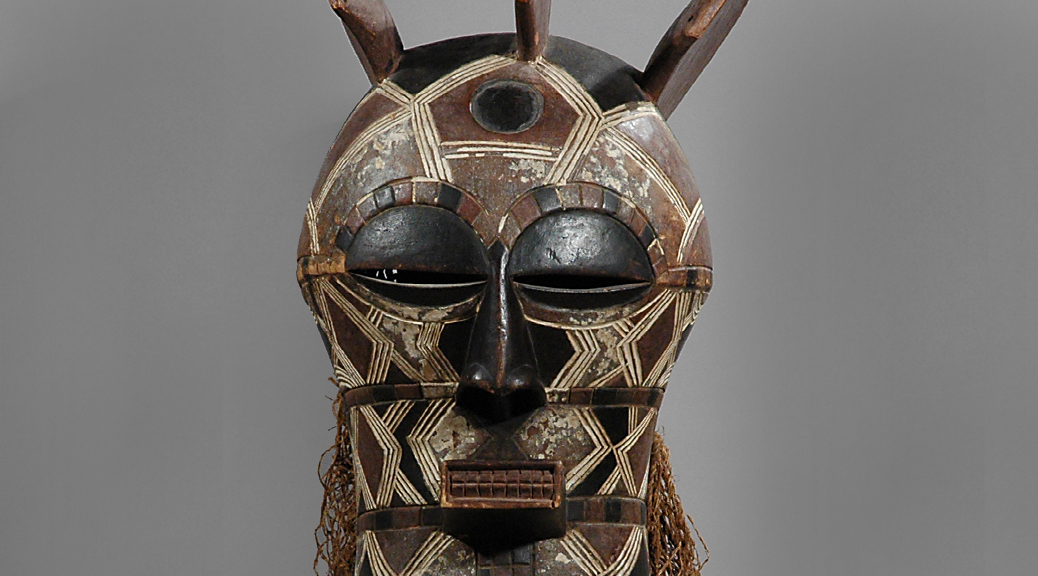 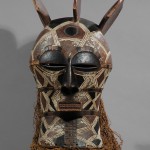 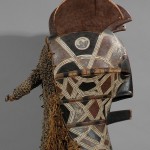 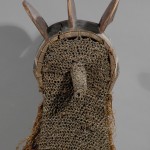 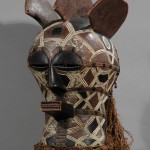 This rare Tetela mask is an exceptionally beautiful and well-preserved piece of mask art from the Batetela tribe in Zaïre (D.R. Congo).

The Batetela live in the region between Lusambo and the Upper Congo River, in the provinces of Sankuru and Maniema. They live by fishing and farming, raising cassava, banana and kola nuts. They are related to the Kusu people, and only became separate in the late 1800s after the arrival of Arabs and Belgians in the region. Both the Batetela and the Kusu are subgroups of the larger Mongo group. The name Motetela comes from a god named Motetela, meaning either “he who laughs not” or “he at whom one may not laugh.”

According to Emil Torday, who studied the tribes of the Congo between 1908 and 1909, the Batetela originated on the right bank of the Lomami River and migrated to their present territory at some unknown date. In 1869-70, some Tetela groups came into contact with Tippu Tip, an Arab slave trader from Zanzibar. Following this, the chieftain Gongo Lutete began working with Tip and the Arabs to lead the Batetela in slave raids against the Luba people in Kasai. In the Congo Arab war of 1892-1894, the Batetela fought for the Arabs, but later defected to the Belgians. Gongo Lutete was executed by the Belgians in 1893, however, and this caused the Batetela to revolt in 1895 in the first of the Batetela Rebellions. Successive uprisings followed, lasting until 1908.

Since then, there has been only little art from Batetela tribe. As the period immediately following independence, Patrice Lumumba, a Tetela, was a prominent politician and the first Prime Minister of the Democratic Republic of the Congo before his assassination in 1961. In 1975, many Batetela were purged from the military.