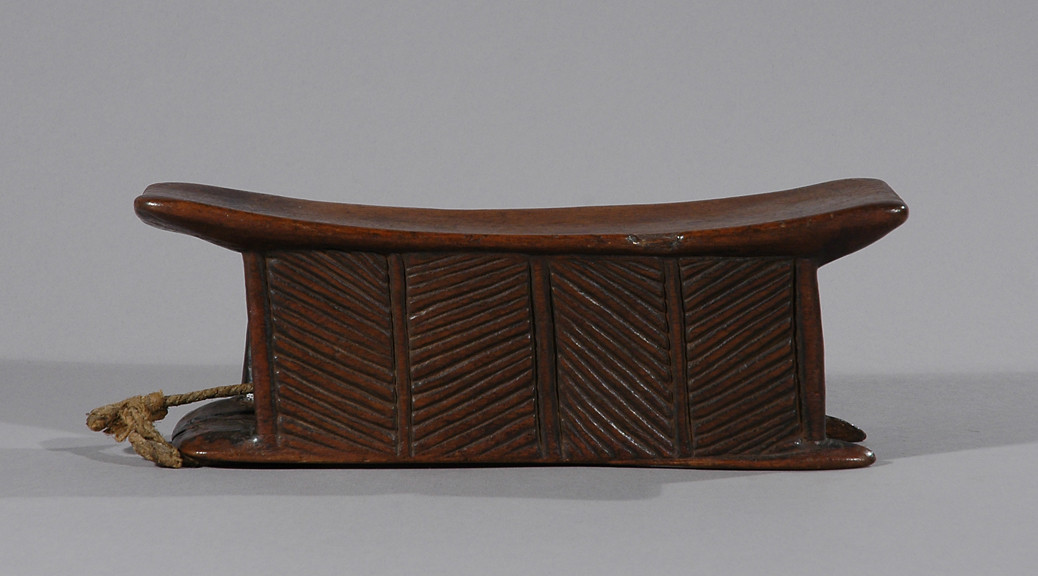 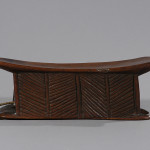 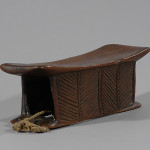 This is a very rare and fine example of a Zulu headrest richly decorated with different patterns. It has a beautiful dark, smooth patina.

Headrests are often described as supports to protect elaborate hairstyles, hairstyles often taking many hours or many days to complete. But hairstyles are not only an ornament: they dignify and indicate the age, gender, social status to those who read them and they are used to support magico-religious signs and symbols.

The headrest is also and especially a “medium of dreams.” It promotes responsible dream symbols, which will influence the diurnal life of its owner or the clan. They can also be used as an instrument of divination. Sometimes it can also serve as a small seat.

Moreover, the headrest can play a role in the wedding ceremonies. The virgin, défibulée, will discuss the headrest received on this occasion against an amount that will buy an amber necklace, a symbol of her status as a married woman.

Usually, when a person died, he is buried with his headrest. Sometimes the headrest is passed on to his heir, who would treat it with respect because this wooden piece embodies the spirit of the deceased person. It is, however common that the headrest is ‘broken’ not to be reused. This is the case with this headrest, which obviously has belonged to a person of high position.

Provenance: Danish private collection from Parisian gallery in the 1960th