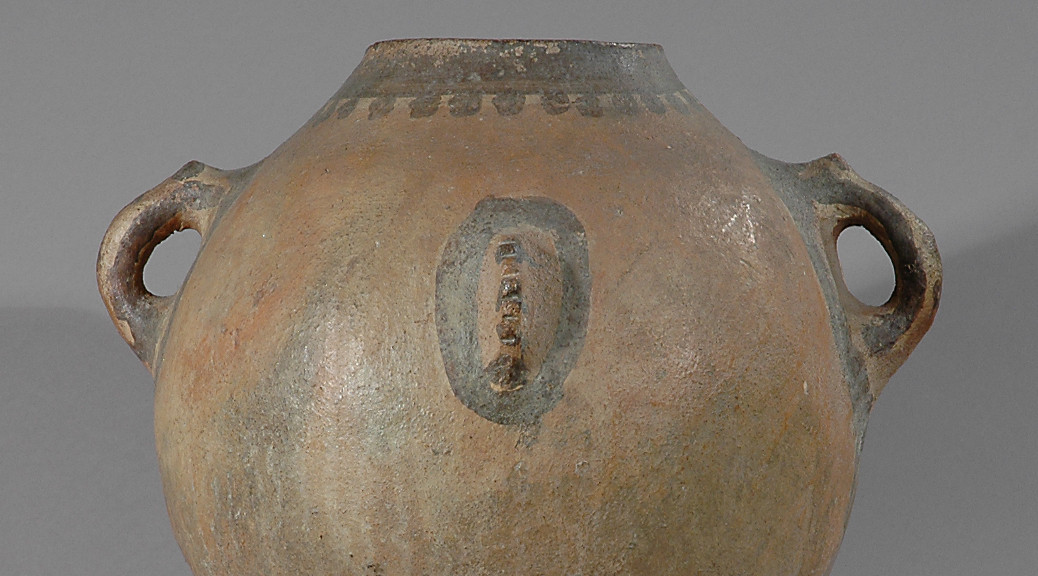 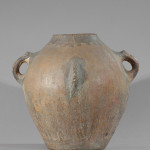 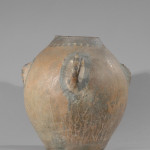 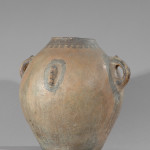 This very delicate and well protected terracotta container from the banks of the River Abu Reg Reg in the Rabat region in Morocco was probably used to store the local cheese called jbna.

In a land of great natural beauty, Moroccan ceramic and terracotta art represents a distinctive synthesis of varied cultural heritages: Berber (influenced by the Carthaginians and Greeks and by the tribal arts of sub-Saharan Africa), Arab, Persian, Sumerian, French, English, Moorish, Egyptian and Andalucian. Moroccan pottery is defined by beautiful, often delicate decoration. Moroccan artistic tradition is usually distinguished between two areas: urban and rural. Along with such decorative arts as woodworking and weaving, ceramics-making holds a long and honored tradition.

As early as Neolithic times, Berbers employed the coiling technique to make functional pottery. By the fifth century B.C., however, during the period of Carthaginian domination, the wheel was introduced into Moroccan coastal towns and was used in pottery making. By the Roman period, from the second century B.C. to the seventh century A.D., methods for producing pottery became more refined. “Terra Sigillata” was widely made with impressed motifs and light glazing. Urban Moroccan pottery appears to have been produced from as early as 814 A.D. (under the rule of Idriss II) when thousands of potters skilled in glazing methods came to Fez in Morocco from Cordoba in Spain. The Almoravid Dynasty in the eleventh and twelfth centuries saw an increase in pottery manufacture and the advent of a thriving ceramics industry. At the beginning of the thirteenth century, a survey of the city ordered by the Almohad ruler al-Nasir Muhammad (1199-1213) listed 188 ceramic workshops and, by the fourteenth century glazed, polychromed earthenwares were introduced, utilizing a double firing technique that successfully fixed enamel colors.