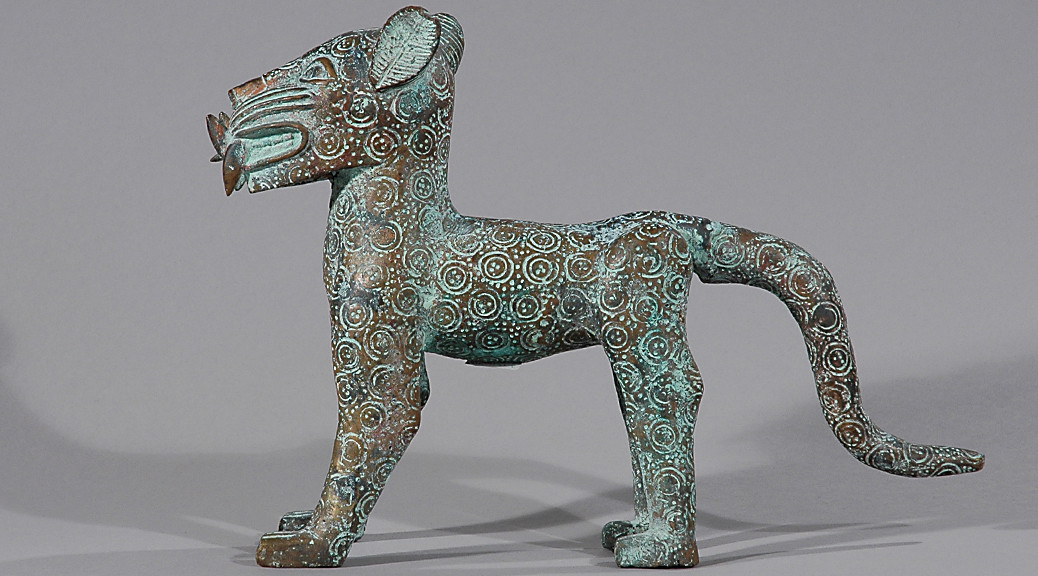 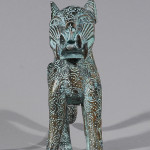 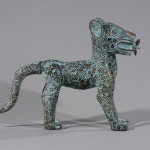 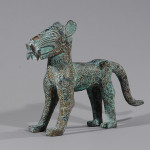 This extraordinary bronze leopard is considered a royal icon among the people of Benin in Nigeria. The leopard is a strong symbol for the strength, danger, elegance and power of the Benin king.
Bronzes from Benin are considered one of the most valuable cultural treasures of Africa. The oldest bronzes are approximately 1000 years old and characterized by a masterful casting technique and an unusually sensitive realism.

Almost all Benin art was created to honour the king. Bronze leopards were often used as royal water vessels. Water was poured from the mouth over the hands of the king in cleansing rituals. They were kept on royal altars. Some of them were used as gift from the king to members of society who had done something special.

Age: Although similar to many older works, this bronze leopard is from the 20th century just like other Benin art pieces in the gallery. Each is still unique, sculpted by hand, and then cast in bronze. The technique is called cire perdue which is done by modelling a wax figure on a core of clay. The wax is then covered again with clay and melted out. Liquid bronze is poured into the cavity thus created by the melted wax. If the cast fails, you have to start over, as the wax original is lost.