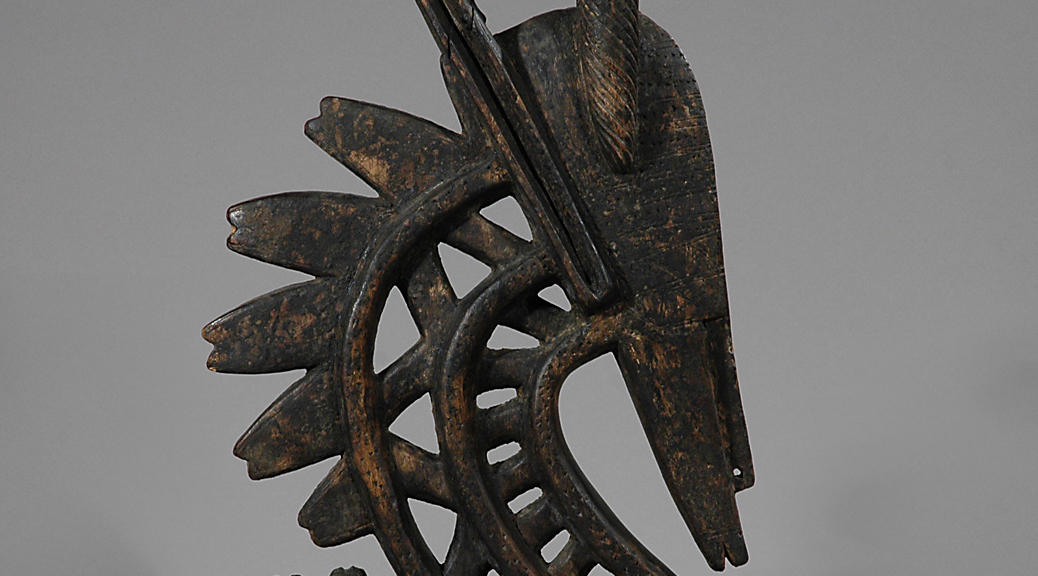 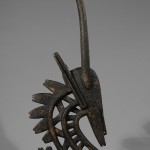 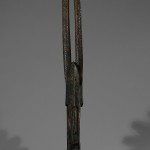 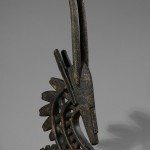 This is a simple, robust and almost ‘modern’ variation of a male Chi Wara.

To the Bamana people, farming is the most important and noblest profession. At times of sowing, men of the Chi Wara association of farmers dance with headdresses like these in the fields to honor Chi Wara, the mythical ‘farming animal’ that taught agriculture to the ancestors of the Bamana.

The headdresses come in male and female pairs, both depicting the antelope-like Chi Wara displaying the ingredients of successful cultivation. The long horns of the male Chi Wara symbolizes growth of millet; the penis signifies the rooting of this grain. The long ears refer to the cultivators’ listening to the songs sung by women who encourage the men while they work in the fields. Although they are all different, they often incorporate a zig-zag motif on the neck which symbolizes the sun’s path along the horizon between the two solstices and the sun’s course from east to west.

According to Bamana popular folklore the Chi Wara is a mythological hero. He came down from heaven to teach people how to manage agricultural life. In this way he ensured the survival of humanity. According to the legend the Chi Wara he is half antelope, half human. Dances performed in honour of the Chi Wara was originally a religious ceremony. Today the Chi Wara´s are carried to obtain a good harvest.

Condition: This Chi-Wara carries clear signs of frequent use. Despite this it is in a very good condition. Apart from a few insect attacks in one of the horns and an elegantly designed metal repair in one of the ears, it appears primitively beautiful and artistically altogether.