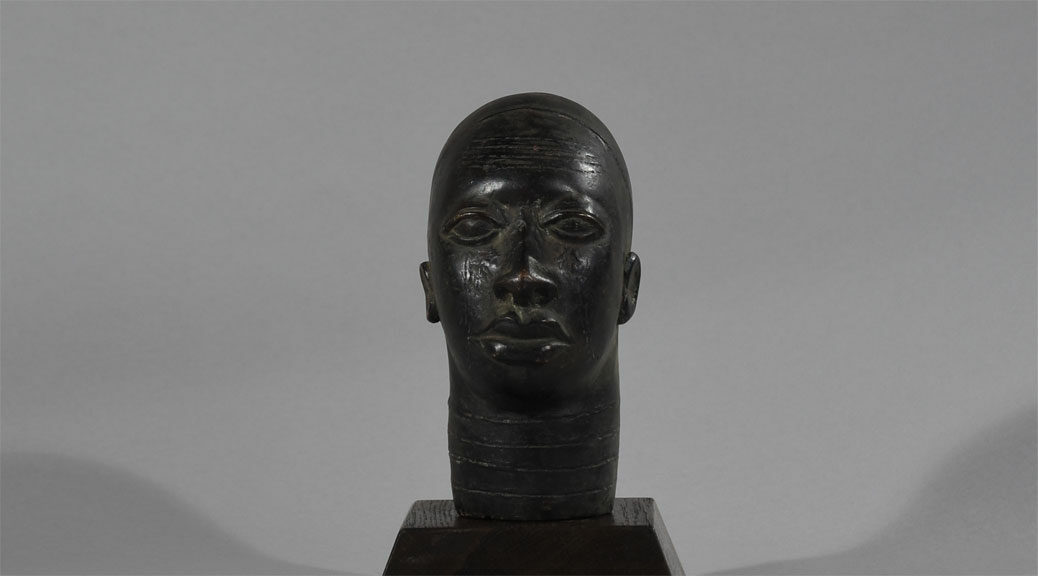 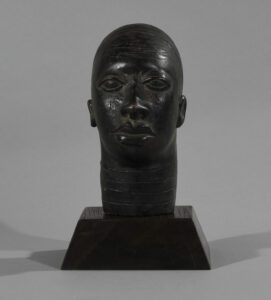 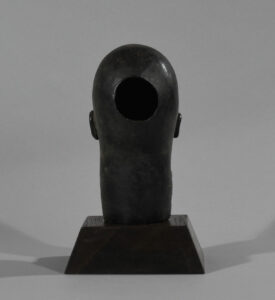 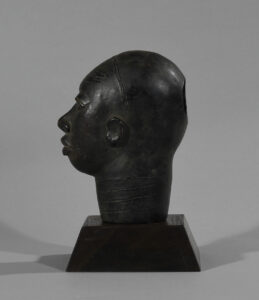 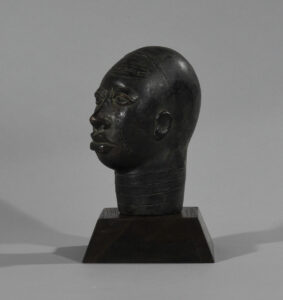 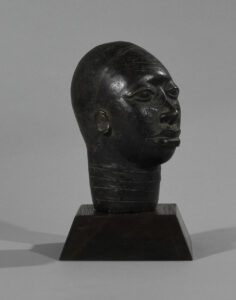 This rare and unusual small bronze head with a stunning personal expression originates from the small West African kingdom of Ife, which was founded in the 13th century deep in the West African rainforests and belongs to Yoruba who is still the largest people in Nigeria (not to be confused with the later and larger kingdom of Benin, which lies 256 miles or 412 km to the east). This head which clearly illustrates a prince belonged among other things because of the size of the most valuable figures that it has been used as exhibit inside the Royal Palace among the other royal family members.Ife sculptures counts among some of the earliest naturalistic expressions of people in the world, which was also significantly ahead of the European Renaissance and even today is among mankind’s greatest artistic achievements and comes from a crucial time in the development of West African artistic traditions and technological innovation .

The casting technique is outstanding (Ife metal works are the finest in the ancient world; their sophistication – casting is only a few millimeters thick – was until the 19th century not seen in the West). The head was manufactured using the relatively crude method for casting perdue (lost wax or cire perdue in French), where a single, unique object created from a disposable form. It is unique because most other cultures are not able to make it particularly thin in shape, and this in order to capture fine, delicate surface detail. Early European explorers were so amazed at the fineness of these pieces; they refused to believe that African peoples had made them, in spite of the “classic,” African trait in all cases is depicted. A similar head was observed on an altar in Ife’s royal palace and is believed to represent Obalufon II, the first king of Ife, who is said to have introduced the art of metal casting to his people.

Provenance: From the heirs of a private collector in Belgium. Collected before 1950.

Condition: The head is without remarks in excellent condition and appears in a dark patinated bronze.