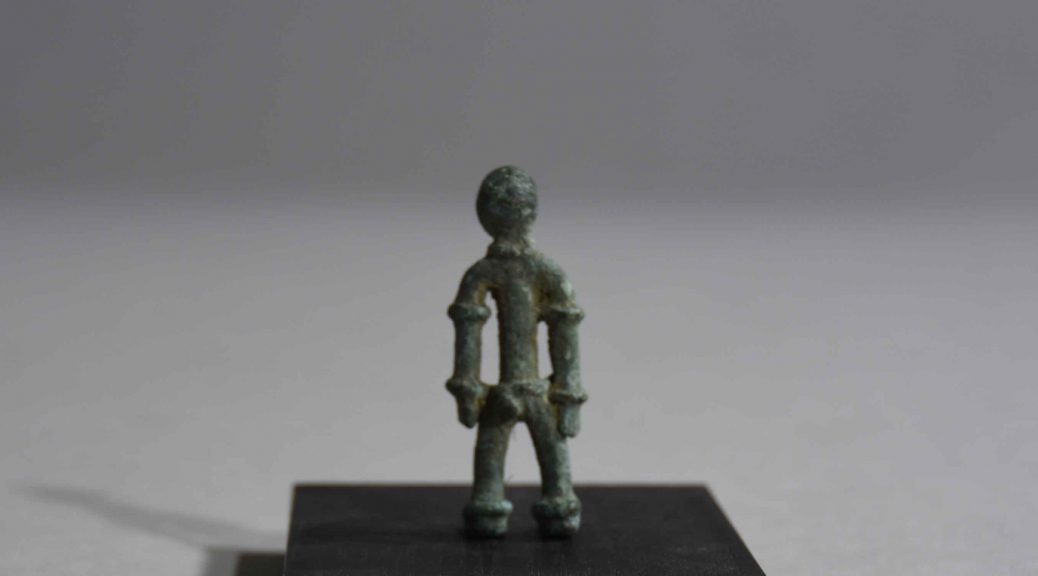 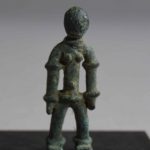 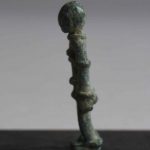 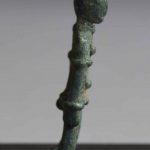 This small, green patinated bronze male figure was found in a burial ground in Wandala during an excavation in 1963.