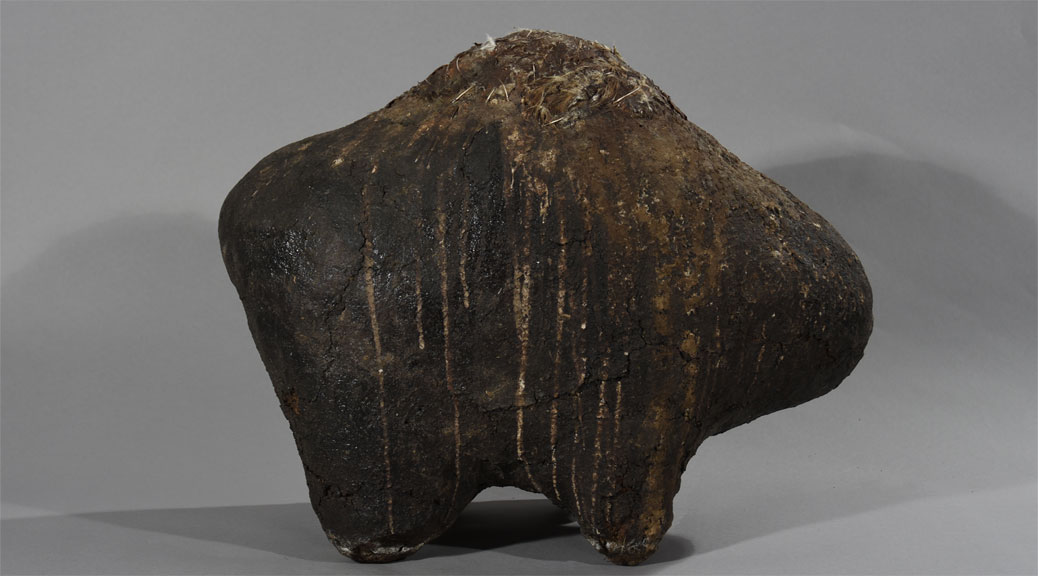 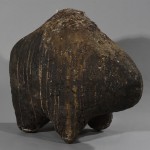 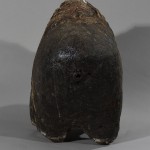 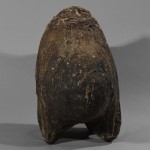 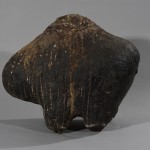 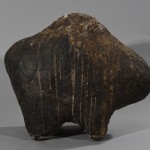 The Danish National Museum experts are very cautious in determining time of the effects deposited for examination. With regard to this Boli, the X-ray photograph shows that it mainly consists of organic materials, and few ‘metal objects.’ The organic materials appear in many layers and occurring over a long time in connection with ritual ceremonies. By contrast, the age of these ‘metal elements’ is more accurate; since the museum’s metal experts can determine that, they are ‘metal nails’, which are manufactured in France around 1880th.

Reports said that the French during their visits to Mali used these ‘nails’, as means of payment and often received gold nuggets instead. The French made the trade with the Bamana people of Mali throughout the 19th century and finally took total control of the country Mali in 1892 and called it ‘French Sudan’. Read more: Palash Ghosh “Mali: When French Ruled West Africa” – and stories by  J.-P. Colleyn, 2009, about Watiriwa or Makongoba,

Condition: As shown in X-ray filming carried out by the Curation and Cultural Heritage Conservation department at the National Museum of Denmark the condition is ‘top quality’.