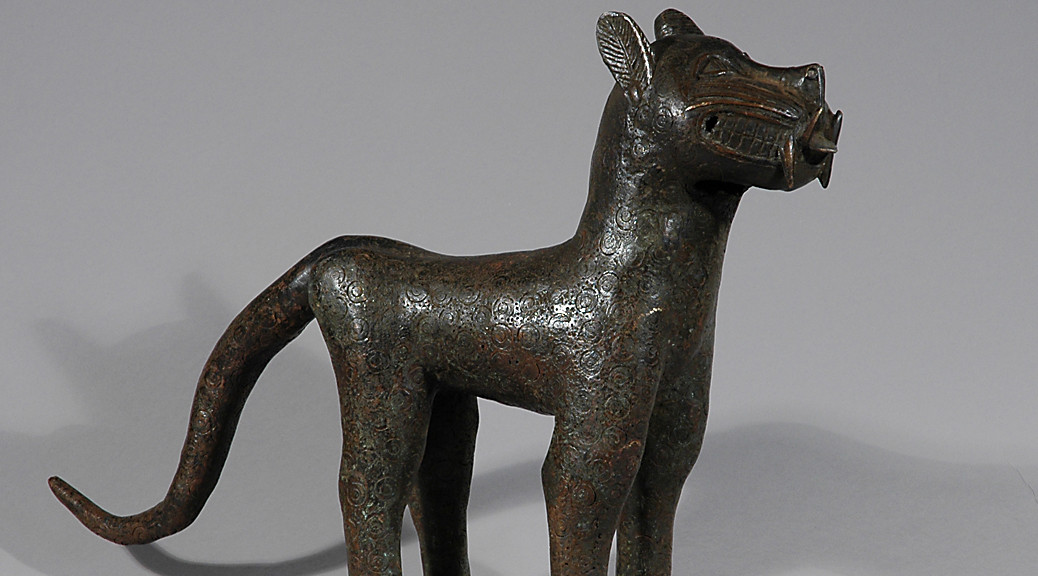 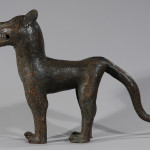 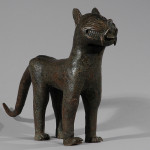 The extraordinary bronzes of the Benin kingdom in what is now Nigeria exhibit a virtuosity and sophistication of style that has astonished the Western world since they were visited in the 15th Century. Their work was brought to Europe following a punitive expedition by the British in 1897, causing a great sensation.

The people of Benin are known for their remarkable bronzes. Almost all Benin art was created to honour the king, or Oba, who has reigned, with his ancestors, from the 15th century. Styles have changed over the years. Although similar to many older works, the pieces in the gallery are all 20th C. pieces. Each is still unique, sculpted by hand, and then cast in bronze by lost-wax process, also called cire-perdue.

Bronze Leopards, a royal icon, were often used as royal water vessels. Water was poured from the mouth over the Oba’s hands in cleansing rituals. They were kept on royal altars. All stand without bases. Some of them were used as gift from the king to members of society who had done something special. The leopard is a strong symbol for the strength, danger, elegance and power of the Benin king.