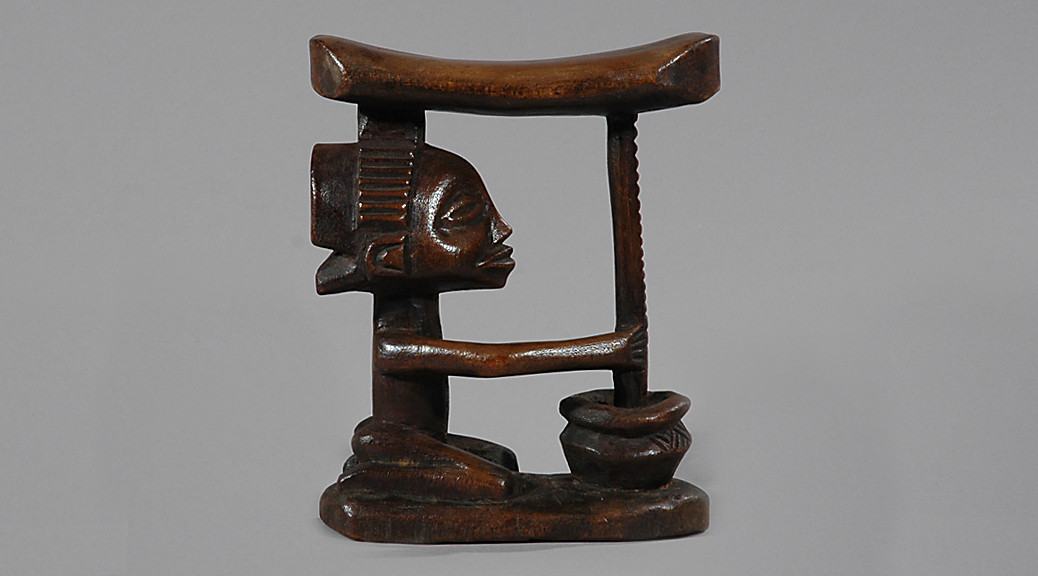 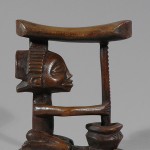 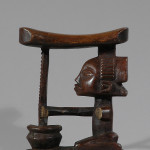 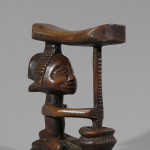 Headrest like this finely carved one with the woman figure as a strong symbol of the heritage of matriarch societies, are among the most prized in Africa. Most Luba art relates to kings and important chiefs, who defined their power by the display of prestige objects during important ceremonies. Stools and headrests were among the most important of these objects. The ruler was literally as well as figuratively supported by a female caryatid figure, which also symbolizes the continuity of power in a matrilineal society. Elaborate coiffures and scarification patterns attested to the high rank of both the depicted female and the owner of the stool. The Luba are also known for their figurative headrests, which helped to protect their elaborate hair style.
In Africa headrests have been used to protect elaborate coiffures that can relay the status, gender, and age of the wearer. The designs developed by regional carvers are remarkably diverse in both form and style.

The vast Luba territory, comprising the entire south eastern part of Congo, is uniform as regards language and culture, but racially mixed. Although the history of the Luba people is one of violence and warfare, their artistic style is characterized by harmonious integration of organically related forms. Luba arts counts amongst the finest that Africa has to offer. Artists occupied a privileged place in the hierarchy. The Luba artist carried a ceremonial ax on his shoulder, an emblem of prestige and of dignity of his position.