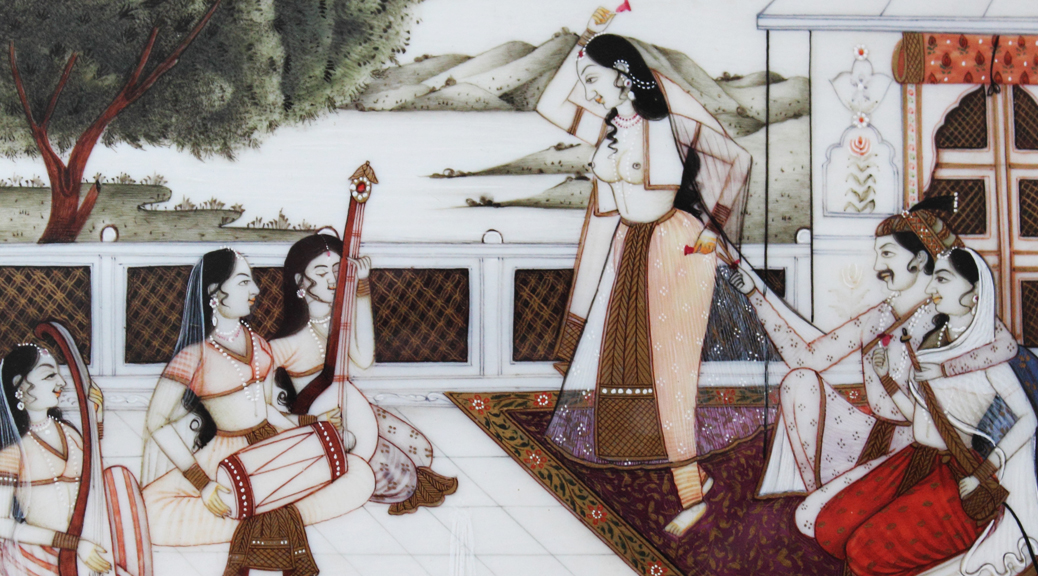 Inspired by Persian art, this school is known for its realistic depictions of people and animals. The oldest painting trace back to the 16th century, and mesh the Indian with the Persian. The earliest paintings are historical, and religious Hindu motifs.

At times, the paintings could illustrate autobiographies, for example the great Mogul Akbar´s own biography, Akban-nama, penned by Abu´l Fazl (1590). Several of these works can be seen at the David Collection Museum in Copenhagen.

The Mogul school later developed into the greatest school of miniature painting, with a rich diversity of human, animal and plant subject, beautifully rendered in surroundings featuring every nuance of light, shade and volume.