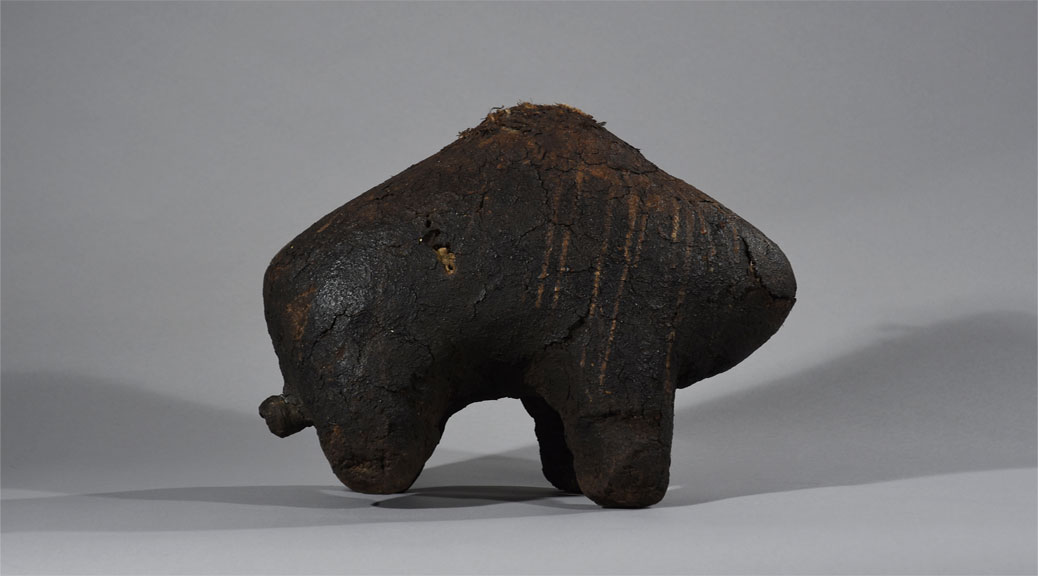 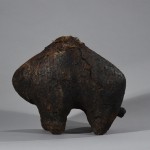 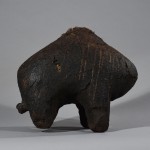 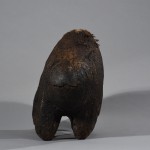 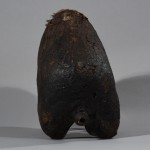 Boliw and their numerous ingredients have been interpreted in a number of different ways. It has been suggested, that the disparate elements of which Boliw are composed symbolize the various parts of the universe, so that the whole can be read as a model of Bamana cosmological belief. It has also been noted that the Boliw’s sacrificial coatings are strikingly similar to the undigested contents of a human stomach, while the interiors of the Boliw are made of materials generally associated with the body’s exterior. For this reason, they have been interpreted as portrayals of animals and people turned inside out. While this example takes a vaguely bovine form, others are more representative of recognizable subjects, including human figures. (Source: A History of Art in Africa and Africa and Africa – The Art of a Continent).

The Danish National Museum experts are very cautious in determining time of the effects deposited for examination. With regard to this Boli, the X-ray recording show that it mainly consists of organic materials, and few ‘metal objects.’ The organic materials appear in many layers and are added over a long period of time in association with ritual ceremonies. By contrast, the age of these ‘metal elements’ is more accurate; since the museum’s metal experts can determine that they are ‘metal nails’, which were manufactured in France about 1880th.

Reports said that the French during their visits to Mali used these ‘nails’, as means of payment and often received gold nuggets in return. The French traded with the Bamana people of Mali throughout the 19th century and finally took total control of the country Mali in 1892 and called it ‘French Sudan’.