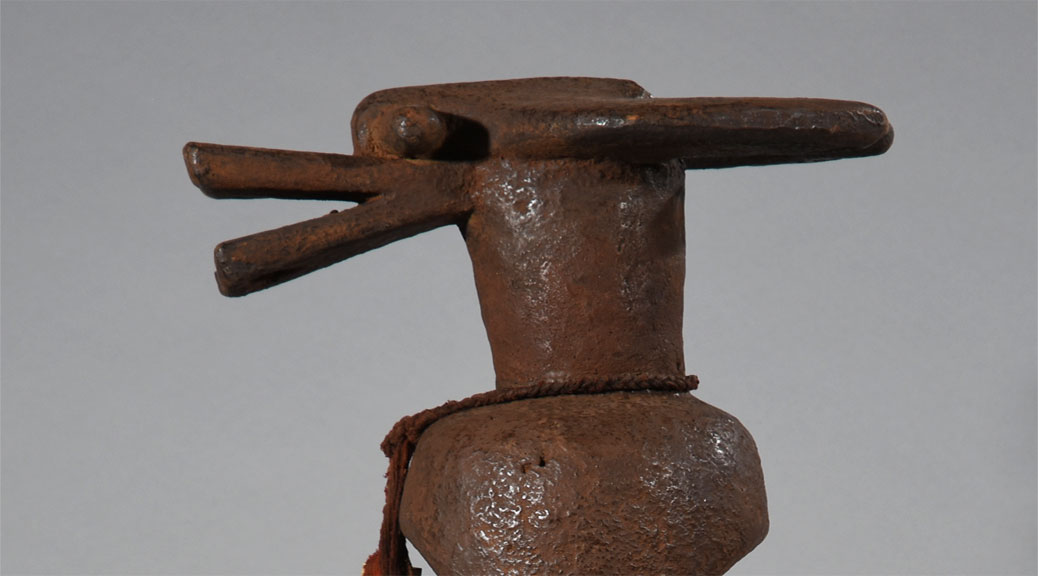 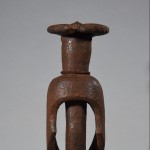 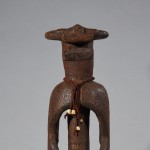 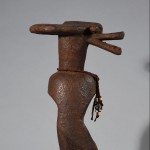 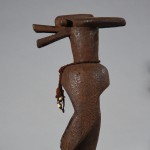 It is relatively common to find Chamba Mama Bush Cow masks in international galleries and museums. By contrast, it is extremely rare to get hold of a Mama Bush Cow in full figure.

This extraordinary beautiful Mama buffalo-headed male sculptural carving represents a highly stylized wooden zoomorphic heads of a bush-league cow. The horizontally worn headdresses symbolize a protective bush-league spirit and emphasize the characteristics of their abstraction from natural referents to an actual bush cow attest to the genius employed in its creation. This figure’s composition is the result of a sophisticated imagination, one that takes the complex and makes it deceptively simple. Carved from a hard wood and coated with a liberal amount of red pigment (cam wood) and in very fine condition.

It is, however, at the same time a classic example of a traditional African figure created by the Mama people who live in the interior of Nigeria in the Benue River Valley north of the Jos plateau.

Their use is believed to be followed by prosperity for the village. This dynamic figure (mangam) is, essentially, an abstract tripartite form consisting of a dome-like cap, a circular rack of horns and an elongated, protruding mouth below, merging into a sculpture that brings to mind the classic Mumuye style.

From collectors point of view it is very rare to find objects from the Benue River Valley. The area had been very little to offer to Europeans in terms of natural resources, and so they remained relatively isolated from colonialist enterprise.