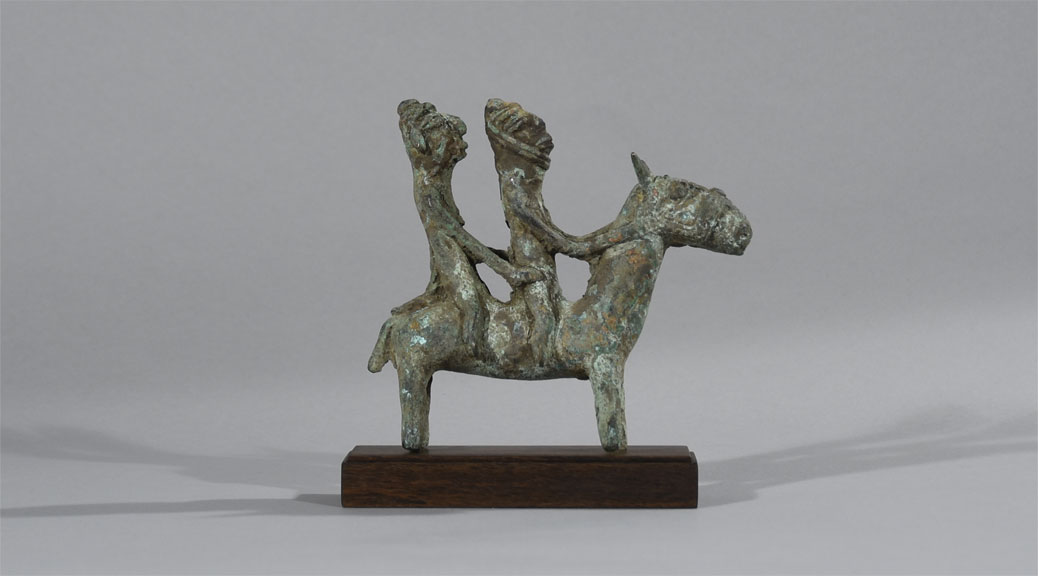 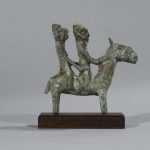 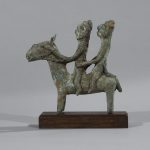 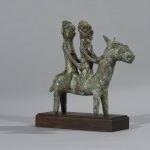 This is an extremely rare and special equestrian figure which originates from the almost forgotten Sao culture.

It was excavated in Chad by archaeologists who found it in a funerary urn along with fine personal ornaments. During the 20th Century, archaeologists found several thousands of urns in an area near the Chari River (or Shari River) south of the capital N’Djamena in Chad. One of these archaeologists was Marcel Griaule, the leader of the French Dakar-Djibouti Expedition (1931-1933). As an ethnographer, Griaule was fascinated by the folk traditions of the peoples inhabiting the Chadic plain, and collected their oral lore. These were then translated and published as Les São Legendaires. It was due to this book that the concept of ‘Sao Civilization’ or ‘São Culture’ was created and popularized. This idea of ‘culture’ was manifested in the works of art produced by its people. Therefore, Griaule’s expedition was concerned mainly with finding pieces of art produced by the Sao. Griaule was not disappointed, as the Sao produced intriguing sculptures in clay, large, well-fired ceramic vessels that were used as urns and contained the deceased’s possessions, including bronze figures, weapons and various religious effects.

Archaeological evidence shows that the Sao buried their dead. The tradition of placing a corpse in the fetal position inside of an earthenware jar was in practice from the 12-13th Centuries. The funerary jar was closed by placing another jar or a small ovoid pot on top. However, this tradition was abandoned by the 15th Century when simple burials became the norm.

There are very few records of the Sao peoples. However, the term Sao was likely to have first been introduced in any written sources during the 16th Century. Two chronicles (both of which were written in Arabic) by Ahmad Ibn Furtu, the Sao is mentioned: The Book of the Bornu Wars, The Book of the Kanem Wars, and the grand Imam of the Bornu Empire. Ahmad Ibn Furtu, described the military expeditions of his king, Idris Alooma. Those populations that were conquered and vanquished by Idris Alooma were generally referred to as the ‘Sao’, the ‘others’ who did not speak the Kanuri language (a Nilo-Saharan language). These settlers, who were possibly the first settlers of the region, spoke another Chadic language, which derived from the evolution of the Central Chadic language sub-family.

According to legends, the Sao was a people of powerful giants who believed they could trace their origin back to Jerusalem: “A woman from Jerusalem bore twins, who married each other and produced a race of giants, the Sao…” Around the 7th Century, the Sao occupied the oases Bilma, Tadjéré and Fatchi north of Lake Chad and then settled west from the lake around the 10th century, where they founded the actual Sao Empire. Under external pressures, the Sao through time moved into northwest present day Cameroon settling in the hilly region where the present-day Kotoko claimed them as ancestors.

The horse and rider motif, featuring exceptional stylistic versatility, has a strong symbolic meaning within the culture to the Sao and Kotoko people. The casts in metal is, in most cases, made in the lost wax technique (cire perdue), they are a testimony to the exceptional art of sculptural expression of and sophisticated techniques.

Condition: Despite its age, the figure is in exceptional good condition. The storage in the urn has created a thick green irrigated surface that makes the figure even more attractive and exciting.

Provenance: From the heirs of a private collector in Belgium. Where the collector got the figure  from is unknown. 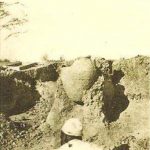 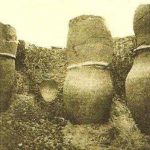 Image: 7th Century BC Burial Urn with charred remains of a child.