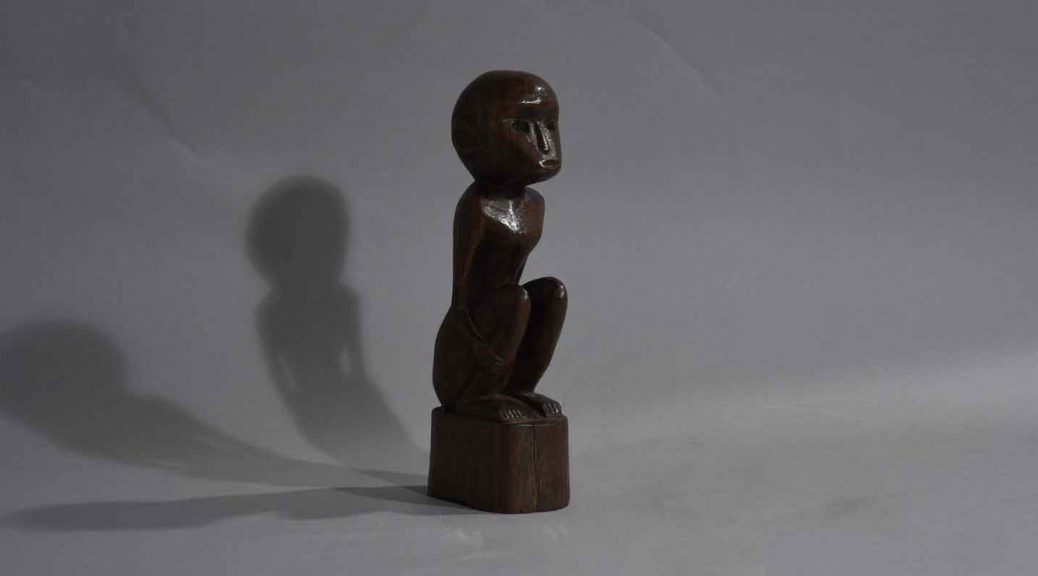 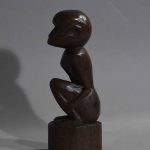 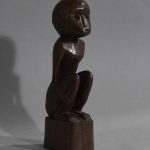 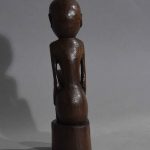 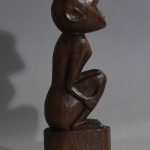 This small but beautiful and true vintage figure from Flores (presumed Sumba), Indonesia was used in funeral ceremonies. These funeral ceremonies and burials ceremonies can be delayed for decades during which the bodies of the deceased are kept in the homes of the living. Sumba is one of the very few places globally where the Neolithic/bronze age practice of burial in megaliths remains intact. Stone megaliths (and other standing stone structures) are widespread on the island.

The Sumbanese put effigies on stone altars where they lay their offerings and sacrifice cattle.  A further manifestation of devotion to the ancestors is reflected in the construction of impressive stone burial monuments, vestiges of one of the last surviving megalithic cultures on the planet.

Provenance: Private German collector. Collected in situ in the village of Rattengaro in 2007.

Literature: “Culture and Customs of Indonesia” by Jill Forshee