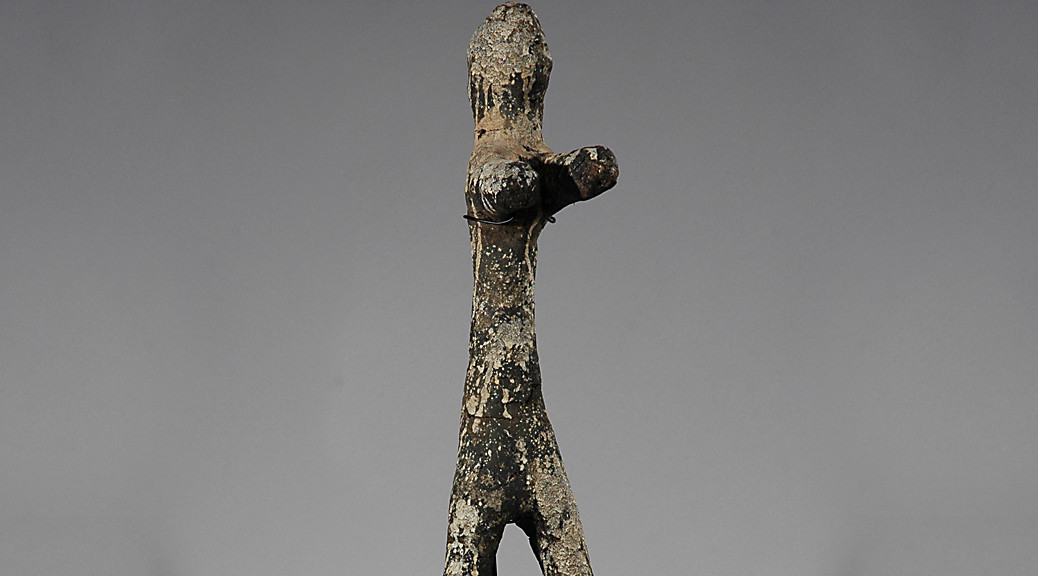 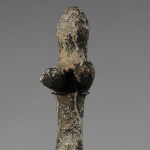 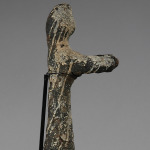 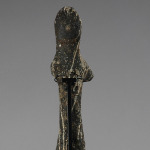 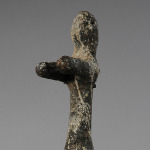 This object, called a boli (pl. boliw), once played as a central role in the ritual life of a Bamana village in Mali. Such power objects are owned by male initiation associations whose members progress through induction processes that span decades. Over time, they attain esoteric knowledge that leads to a greater understanding of the natural and spiritual worlds. Opaque and mysterious to the uninitiated eye, boliw are safely handled only by those association members equipped with the most rarified skills and expertise.

The primary function of a boli is to accumulate and control the naturally occurring life force called nyama for the spiritual benefit of the community. Used as altars or carried during dance performances, they are complex creations created from esoteric recipes, or daliluw. Animal bones, vegetable matter, honey, and metal are packed around an interior armature of bamboo wrapped in white cotton cloth. They are covered with layers of mud and clay, and their surfaces accumulate sacrificial materials over time, including chicken and goat blood, chewed kola nuts, alcohol, and millet porridge. Each added layer of material lends the structure greater spiritual power.

Boliw and their numerous ingredients have been interpreted in a number of different ways. It has been suggested, for instance, that the disparate elements of which boliw are composed symbolize the various parts of the universe, so that the whole can be read as a model of Bamana cosmological belief. It has also been noted that the boliw’s sacrificial coatings are strikingly similar to the undigested contents of human stomachs, while the interiors of the boliw are made of materials generally associated with the body’s exterior. For this reason, they have sometimes been interpreted as portrayals of animals and people turned inside out.

X-ray picture
This Boli examined and X-rayed by the laboratory at the National Museum of Denmark in Copenhagen and shows (by enlarging the picture) a number of interesting metal ‘rods’, concluded in ceremonies during the years of construction of the figure.

An interesting detail: The four nails located at the bottom of the figure are ‘industrial nails that, according to metal experts at the National Museum of Denmark, were produced and put on sale in Europe around 1840. The same type of nail was in the late 1800s used by the Portuguese as tender in Mali and the nearby countries.